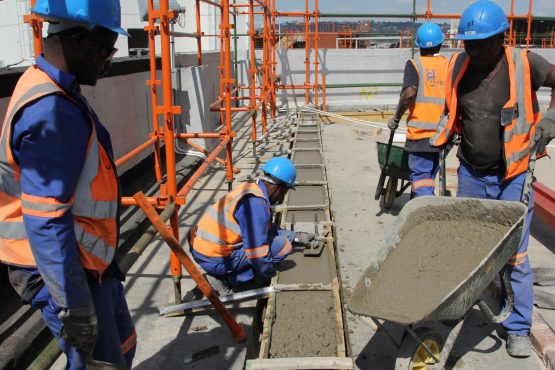 The South Africa construction industry is on the road to recovery but there is a caveat; this will not happen until 2021.

Speaking at AfriSam’s 2019 National Budget Breakfast in Sandton Thursday, Dr Jammine told a diverse audience of more than 200 people from the construction sector should brace for a difficult 2019-20.

“One of the key drivers of recovery would be restoring the tax-collecting capacity of the South African Revenue Services, which had fallen about ZAR40bn (US$2.88bn) short of target in the last financial year,” he said.

The recovery strategy would also involve making government expenditure more effective,addressing the challenges at the State Owned Enterprises (SOEs) and reducing significantly tax revenue being spent on the civil service.

But Industry Insight senior economist, David Metelerkamp said that the building industry looked better than civils. This was mainly due to increased demand for flats and townhouses, where square metres completed grew considerably in 2018.

“The future held promise for large mixed-use developments, of which over 30 were on the table,” said Mr Metelerkamp.

In the run-up to the 2010 FIFA World Cup, South Africa construction industry recorded an exponential growth that resulted in major job creation.

But an economic downturn that followed resulted in weak exchange rate causing a rise in the import costs of raw material, transportation and project costs.

Years later and the country is yet to recover from this economic downturn with firms recording net loses and announcing job cuts.

Major construction companies such as Aveng, Group Five and Basil Read could barely keep their heads above water as weak market conditions persisted in 2018.