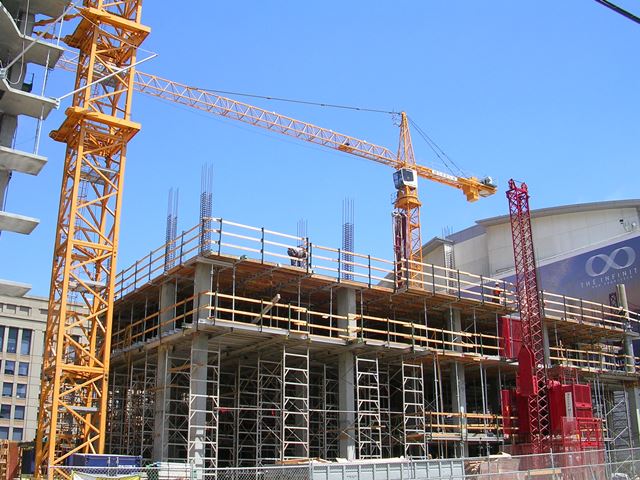 In the run-up to the 2010 FIFA World Cup, South Africa’s construction industry recorded an exponential growth that resulted in major job creation.

However, the years that followed have witnessed little construction activities with construction companies facing several challenges.

According to a 2015 report by Frost & Sullivan, challenges facing South Africa’s construction industry include employee relations, lack of skilled labour, and liquidity risk resulting in poor overall financial performance of the sector.

Elephant in the room

But the elephant in the room has been slow economic growth. A weakening exchange rate has caused a rise in the import costs of raw material, transportation and project costs.

Seven years later and the country is yet to recover from this economic downturn with firms recording net loses and announcing job cuts.

Only last week, construction giant Group Five acknowledged that it would be an uphill task to steer the firm back to profitability. It followed a drop in revenue for the year ended June 30 by 21.6% to R10.8 billion compared to the previous financial year while core operating profit decreased from R736.5 million profit to a loss of R659.3 million.

“If you look at the results we’re sitting with a business that just announced 8.29 rand fully diluted headline loss, so to turn it around from that would be quite a tall order,” the company’s chief executive Themba Mosai told reporters.

While optimistic that things will change for the better, Mr Themba said that this will be achieved by casting its net wide across Africa instead of training its sight in South Africa where contracts were dwindling.

For Basil Read another construction heavyweight in South Africa, efforts are being done to ensure the company becomes profitable in 2018.

In a statement the firm disclosed that it was planning to raise up to US$23 million through a rights-issue to boost its restructuring efforts posting a half-year loss.

It cited low liquidity caused by poor performance by its roads division, along with the need to invest in new contracts at its mining business.

“On a longer-term basis, we are in the process of raising capital through a rights issue. It is anticipated that total funds arising from this will be in the region of 200 million rand to 300 million rand,” the company said in a statement.

In the short-term, Basil Read has secured 90 million rand from the Industrial Development Corporation for the mining division and an initial 61 million rand bridging facility.

The latest casualty in this series of problems that has badly affected South African construction firms is Aveng. Its CEO Kobus Verster, who had been appointed to the top job in 2014 resigned with immediate effect after it reported a wider full-year loss.

It a situation that has not spared even the mining sector. Gold and platinum miner Sibanye Gold said it will restructure operations in its domestic market, a move that could affect 7,400 of its employees.

“We will start consultations with labour unions and government about the restructuring of its loss-making Beatrix West and Cooke operations,” chief executive Neal Froneman said in August.

Sibanye Gold which employs 58,000 people attributes this move to the losses experienced at its Beatrix West and Cooke operations.

Sibanye follows Anglogold Ashanti another miner in South Africa which said in June this year it could cut 8,500 jobs as it restructures its South African mines.

Data released early this month by Statistics SA, employment figures fell and the number of jobseekers declined 37,000 to about 6.2-million, resulting in an unchanged unemployment rate.

According to the report mining that has shed 70,000 jobs in the past five years, South Africa’s construction industry and agriculture were the worst hit by job losses.

The issue of job losses is not far fetched.Craig Shapiro investment analyst at Obsidian Capital says that with fewer large contracts, construction firms in South Africa are finding it difficult to make major profits.

“With tenders becoming increasingly competitive, contractors are being forced to reduce pricing on projects. This has resulted in razor thin margins on some projects, as well as the risk that potential mishaps on projects are not accounted for in the pricing which would result in problem and loss-making contracts,” says Shapiro.

But all is not lost. According to Shapiro while building and civil market are recording slow growth, there seems to be a lot of activity in roads and earthworks.

For instance, WBHO’s order book in their roads and earthworks division is up significantly, offsetting the decline in buildings and civil performance and contributing to an overall increase in their SA order book.

According to South African Forum of Civil Engineering Contractors (Safcec) State of the Industry report, road construction contributed almost 48% of industry revenue in the first quarter of this year.

Earthworks activity has also been boosted by higher commodity prices, which has resulted in increasing mine-related work for some companies. “WBHO’s order book reflects the benefit of more mining-related work off a very low base.

Aveng’s mining order book grew over the last six months, with prospects for better profitability with improvements in the commodity cycle,” notes Shapiro.

A new report by Timetric reveals that South Africa’s construction industry is projected to expand at a compound annual growth rate (CAGR) 2.62% from 2016 to 2020 mainly driven by infrastructure.

However, in the outlook, innovation is crucially important for the future survival of South Africa’s construction industry.

“We are in uncharted waters. Cooperation amongst business, government and labour to find solutions is critical. We are encouraged by recent approaches to tackle the issue, and we can only hope for more such trilateral approaches in future. Only such an approach will stand a good chance of lasting success,” says South African economist Robert whitehead.

But with stiff competition among construction companies in South Africa, heightened by the entry of international firms especially from China and India, it remains to be seen how local firms will adapt to the prevailing situation. 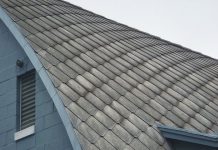