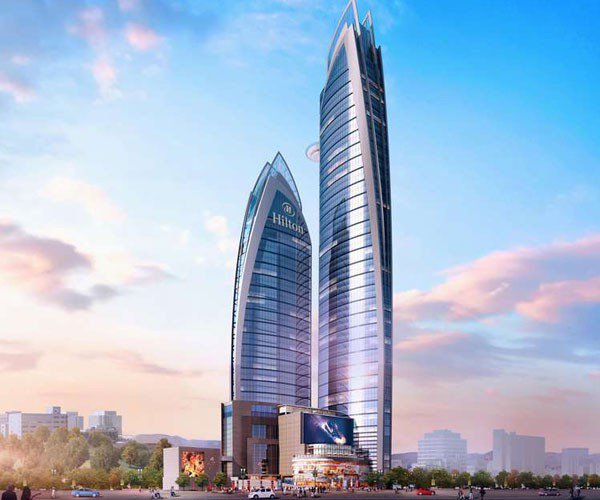 Construction of Africa’s tallest building in Kenya named simply the Pinnacle is well underway with completion scheduled for December 2019.

Completion of the towerS which will be 320m-high will end the reign of Johannesburg’s 223-meter Carlton Centre which is Africa’s tallest building. The building will comprise of twin glass-facade towers rising above the capital Nairobi

The towers will offer office spaces, hotels and luxurious apartments having two to three rooms.

To avoid Nairobi’s congestion there will be helipad and an infinity room for guests.

The cost of construction is $200m and its being developed by White Lotus Group and a privately owned Somali company based in Nairobi and they are called Hass Petroleum.

The results of the low cost and the lengthy tendering process ended up favouring the China State Construction Engineering Corporation (CSCEC).The CSCEC won over 10 international companies including European, Turkish as well as other Chinese competitors.

Kenya’s economy will improve since the contract was awarded to CSCEC hence creating a stronger economic partnership between China and Kenyan government.

The major designers of Pinnacle Tower are Meinhardt Group which is handling the structural part while M and E are on the engineering part together with Archgroup Consultants of Dubai.

Partners of the project believes that in Nairobi, The project has found the right location.

“Whatever happens in other parts of the world can happen in Africa as well,” says Abdinassir Hassan, chairman of Hass Petroleum and managing director of the project. “Nairobi is a hub for East and Central Africa. Why would we go anywhere else?”