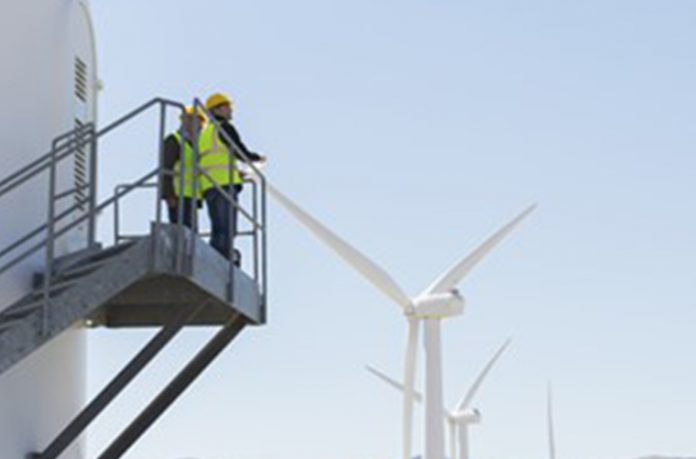 In March 2022, the two companies signed a Memorandum of Understanding to explore the ecosystem’s development, designed to meet Anglo American’s operational power requirements in South Africa and support the resilience of the local electricity supply systems and the wider decarbonisation of energy in the country. The RREE is also expected to catalyse economic activity in South Africa’s renewable energy sector, supporting the country’s broader just energy transition.

As part of the agreement, Envusa Energy is launching a mature pipeline of more than 600 MW of wind and solar projects in South Africa – a major first step towards the development of an ecosystem that is expected to generate 3-5 GW of renewable energy by 2030. This first phase of Envusa Energy’s renewables projects is expected to be fully funded – including by attracting debt financing that is typical for high quality energy infrastructure projects – and ready for construction to begin in 2023.

Nolitha Fakude, Chair of Anglo American’s Management Board in South Africa, said: “I’m delighted to confirm our ground-breaking partnership with EDF Renewables to form Envusa Energy. This is a significant milestone in Anglo American’s global decarbonisation journey and another step forwards for South Africa’s clean energy future. We are making great strides towards our 2040 target of carbon neutral operations, while contributing to South Africa’s just energy transition through our responsible approach. We believe that the energy transition presents a fresh opportunity for South Africa and the rest of the region to build a clean and inclusive energy ecosystem that can create significant new economic opportunities. I am very encouraged by our progress – affirming Anglo American’s commitment to South Africa’s next phase of development towards a low-carbon future.”

“We are very pleased to be part of this very innovative venture and look forward to bringing our global expertise in renewable energy infrastructure development, design and delivery to Envusa Energy. This partnership with Anglo American confirms our long-term perspectives in the country: this 600 MW first tranche of projects will be added to the almost 1 GW that EDF Renewables will be building or operating in the country by 2023 – including 420 MW of wind projects in REIPPP Bid Window 5, whose PPAs were signed with Eskom and the DMRE on 22 September 2022. Together, these projects further EDF Group’s CAP 2030 strategy, which aims to double our net renewable installed energy capacity worldwide (hydropower included) from 28 GW in 2015 to 60 GW by 2030.”

The roll-out of the RREE will also serve as a clean energy source for the production of green hydrogen for Anglo American’s nuGen™ Zero Emission Haulage Solution (ZEHS) – a planned fleet of hydrogen-powered ultra-class mine haul trucks – significantly reducing on-site diesel emissions towards a carbon neutral future while also supporting the development of South Africa’s Hydrogen Valley.

Through the formation of Envusa Energy, Anglo American and EDF Renewables are committed to supporting South Africa’s economic transformation and empowerment goals. The process to identify an appropriate Black Economic Empowerment (BEE) partner for Envusa Energy is expected to begin in the fourth quarter of 2022.

Furthermore, and in line with both companies’ commitment to a just energy transition, Envusa Energy is exploring a range of community partnership models that will enable host communities to share in the benefits created by the development of the RREE, along its value chain.

The RREE is an opportunity to help build a more collaborative and inclusive economy that places people and the principle of shared prosperity at the heart of development. We expect that the development of the ecosystem will generate a range of new economic opportunities and contribute towards unlocking South Africa’s growth and development potential.