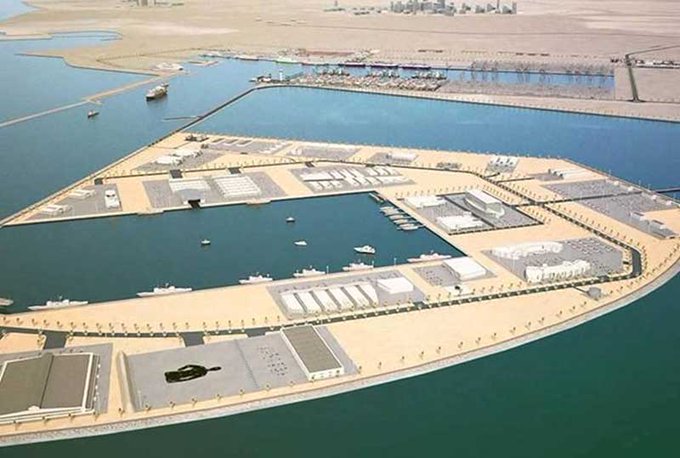 Tanzania expects to start the construction of Bagamoyo Port in the next financial year, the Director General of the Tanzania Port Authority (TPA), Plasduce Mbossa has said.

Mr Mbossa said that the construction of the port will kick-off with the support of available investors.

“Investors will join us along the way,” Mr Mbossa said during a meeting with the board of directors of the East African Business Council (EABC) held  at the TPA Headquarters. He reiterated that several international companies have shown interest in developing and running the Bagamoyo port project worth 10 billion dollars (about Sh23 trillion).

Mr Mbossa did not name the companies claiming that they are still in the initial stage of participation.

“We are committed to building the port of Bagamoyo in an effort to reduce the congestion at the port of Dar es Salaam and attract our customers,” he emphasized.

Official statistics say that the port of Dar serves 17.025 million tons of cargo per year and the current plan is to increase it to 30 million tons by 2030. “We are here to help the region. We still have challenges such as congestion, but we are doing everything we can to solve them,” admitted Mr. Bossa.

TPA, said it is looking at its legal system to solve the challenges that hinder the operation of the port of Dar. He said they work with several organizations which include, but are not limited to, the Tanzania Revenue Authority (TRA) and the Tanzania Railway Corporation (TRC).

“As a country, we are doing our best to improve the various modes of transportation to provide opportunities for our customers to use the facilities at a lower cost,” said Mr Mbossa. “We are also working to create predictability when it comes to payments related to storage and withdrawals,” he said.

He also said they were strengthening and increasing the depth of the pier to accommodate larger ships. Currently, the port of Dar can accommodate vessels handling 6,000 to 8,000 twenty-foot equivalent units (TEUs), an improvement compared to the previous 2,000 TEUs.

“With a bigger ship, our customers will have a chance to enjoy higher economy. We are doing all these (improvements) to get the efficiency that our customers need,” said the TPA boss. In this financial year, he said, Sh10 billion has been allocated for the purchase of equipment.

Mooted in 2013 by retired president Jakaya Kikwete, construction of the port has been hit by delays mainly associated with issued to do with funding..

In 2018, Tanzania announced that it had not agreed with conditions set by the main investor, China Merchants Holdings International.  The condition included; that they be allowed to set charges for cargo passing through the port, tax exemptions on some goods and compensation for losses incurred during the implementation of the project.

The Bagamoyo port and its affiliate industrial zone are meant to address congestion at the old port and support Tanzania to become East Africa’s leading shipping and logistics centre. The port is located about 75 kilometres from Dar es Salaam and 10 kilometres from Bagamoyo town.

If successfully completed, Bagamoyo port is expected to be the largest port in East Africa. It would have a capacity to handle 20 million TEUs by 2045 – 25 times the amount of cargo that Dar es Salaam port handles today.

It is also expected to dwarf neighboring Kenya’s port at Mombasa – East Africa’s trade gateway, located some 160 nautical miles to the north.