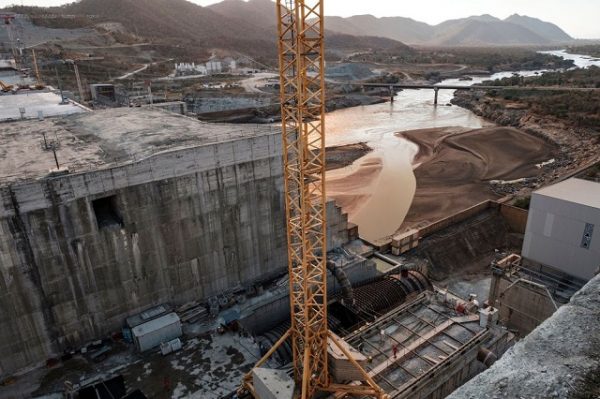 Ethiopian mega dam being constructed on the Blue Nile is 73% complete even as Egypt continues to raise concerns over the project which it says will significantly reduce the amount of Nile water available to the country.

Ethiopia, Sudan and Egypt have been holding talks for years in a bid to resolve the issues around the Grand Ethiopian Renaissance Dam without reaching a substantial deal.

Talks are again set for Thursday this week, but Egypt has already complained that  Ethiopia has sought to scrap all agreements and deals they had previously reached, and that country opposes many fundamental issues.

Egypt’s Minister of Water Resources Mohamed Abdel Ati  said Saturday that the Ethiopian proposal on the meg dam is “unacceptable and does not reflect good neighborly relations.”

The Ethiopian proposal stipulates its right to amend the conditions for filling the GERD, and “wasted all previous understandings,” according to the Egyptian minister.

But Ethiopia’s water and energy ministry said the talks have achieved progress and they will result in “finalising the process with a win-win outcome”.

“If the continuing negotiations failed it would be because of Egypt’s obstinacy to maintain a colonial-based water allocation agreement that denies Ethiopia and all the upstream countries their natural and legitimate rights, ” the ministry said.

Egyptian has emphasized the need for reaching a fair deal on the Ethiopian mega dam saying  its water rights and interests come first. Now in its seventh year of construction, The Ethiopian dam has faced a myriad of challenges but the country promises to soldier on with the project.