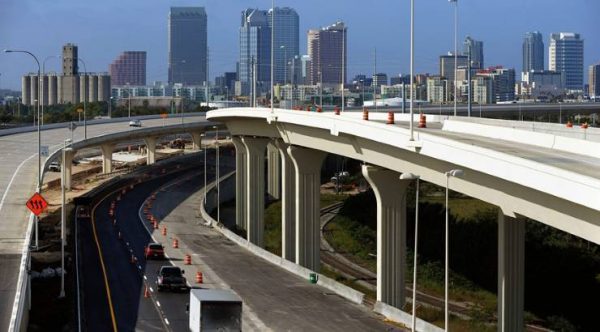 Initial construction work has begun on Nairobi Expressway a multi-billion shillings highway that officials say will greatly reduce traffic congestion in the city.

The 62 billion project  begins at Mlolongo to Jomo Kenyatta International Airport, Nairobi’s CBD and ends at Westlands along Waiyaki Way.

The route will have two traffic lanes in either direction and will feature 10 interchanges, with a considerable portion of the expressway being elevated.

The project is being undertaken under public-private partnership(PPP) model says Kenya National Highways Authority(KeNHA), the developer.

Chinese construction firm CRBC will finance, build and operate the tolled road for 30 years during which it will recoup its costs (with interest) before transferring it to KeNHA.

Main construction activities on the 27.1 Km project are scheduled for July 2020 with December 2022 as the set completion date, according to Engineer Peter Mundinia the director general of KeNHA.

Construction is being carried out by the Chinese contractor China Road and Bridge Corporation (CRBC) under the PPP model. An important feature of the new expressway will be the dedicated bus rapid transit (BRT) facilities, which will also help to improve public transport to the city.

Motorists will have to pay Sh300 as toll fees to by-pass the usually gridlocked Uhuru Highway if they choose to use the Nairobi Expressway  for their convenience.

But a conservation group is in court protesting the move by Kenyan environmental watchdog, Nema, to allow for construction of the project to proceeed.

The conservationists say the four-lane expressway will ruin, among other open spaces, Uhuru Park and want the National Environment Tribunal to overturn the Nema decision.

Uhuru Park is a unique, historical, central park, gazetted in 1969. It is the largest people’s park in Nairobi and provides recreation to thousands of city residents.

“Our development options must be within the law and all decisions need to be informed by adequate public participation to ensure sustainability. We have every confidence that the tribunal will consider our appeal in a manner that upholds the law,” Mark Odaga of Natural Justice said.

But for Mundinia, there is no cause for alarm as every care has been taken to ensure that the Nairobi expressway is constructed in a sustainable way.

“We are not going to interfere with Uhuru Park and therefore there should be no concerns from the public. There is enough land to accommodate the road project,” said Eng Mundinia.

However, conservationists think that with the diminishing green spaces, coupled with unchecked developments, nature lovers are worried that Nairobi will lose its status as the Green City in the sun.