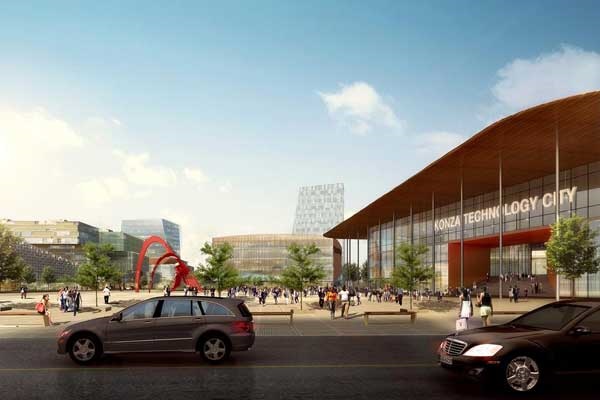 Latest BMI Research shows that mega construction projects in Kenya will help boost growth of the country’s construction industry by 8.7 percent from 2017 and remain steady up until 2026.

Here are some of the construction projects in Kenya that continues construction and which will be instrumental in boosting the country’s economic outlook:

The Malindi–Bagamoyo Highway also known as Coastline Transnational Highway, is a road in Kenya and Tanzania, connecting the cities of Malindi and Mombasa in Kenya to Tanga and Bagamoyo in Tanzania.

The road starts at Malindi, Kenya and makes its way southwards for 110 kilometres to Mombasa, with this portion of the road designated officially as part of route B8, a national trunk road.

The road then continues south for 106 kilometres through the town of Lunga Lunga and onward to the nearby border with Tanzania, with this portion of the road designated officially as the entirety of route A14, an international trunk road.The total distance within Kenya is approximately 216 kilometres.

From the border, the road will continue to Tanga, then on through Pangani before bypassing the Saadani National Parkand ending at Bagamoyo. The road contract distance is 460 kilometres (286 mi).As of March 2019, this road in Tanzania was at the tendering stage.

Construction work on the US $751.3m Kenya-Tanzania Highway is set to begin in 2018. The African Development Bank (AfDB) is currently looking for financial partners capable of investing US $385.2m towards the construction of the highway connecting Kenya and Tanzania.

Konza Technopolis, previously called Konza Technology City, is a large technology hub planned by the Government of Kenya to be built 64 km south of Nairobi on the way to the port city of Mombasa. It is marketed as a key driver of Kenya’s national development plan, known as Kenya Vision 2030.It is estimated to cost 1.2 trillion Kenyan shillings (approx US$14.5bn).

According to the government of Kenya, Konza Technopolis will be a world-class city, powered by a thriving information, communications and technology (ICT) sector, superior reliable infrastructure and business friendly governance systems.

The LAPSSET Corridor Program is Eastern Africa’s largest and most ambitious infrastructure project bringing together Kenya, Ethiopia and South Sudan.

LAPSSET Corridor  is one of the biggest construction projects in Kenya under construction.

Tatu City is a 5,000-acre, mixed-use development with homes, schools, offices, a shopping district, medical clinics, nature areas, a sport & entertainment complex and manufacturing area for more than 150,000 residents and tens of thousands of day visitors. Schools and businesses are already open at Tatu City, and a range of houses are under construction to suit all incomes. Tatu City represents a new way of living and thinking for all Kenyans, creating a unique live, work and play environment that is free from traffic congestion and long-distance commuting.

The Lamu Isiolo Road is part of Lapsset corridor highway project. Construction of the 537-kilometre Lamu-Garissa-Isiolo is one of the biggest construction projects underway in Kenya completion has been set for 2022.The project will cost Sh62 billion.

Japanese firm World Kaihatsu Kogyo upgraded the stretch between Kenya National Library and Prestige Plaza to a dual carriageway, the first phase of the road expansion plan which cost Sh1.3 billion. It was completed on December 17, 2017.

Phase 2 covers four kilometres and starts from Prestige Plaza to Dagoretti Corner.It was concluded on April 30 this year by the same Japanese contractors at a cost of Sh2 billion.

Phase 3 is set to be completed in July 2020. It is a stretch spanning Dagoretti corner to Karen Shopping Centre. The road is expected to have five footbridges and five lanes, with walkways and cycle tracks on both sides. The stretch is being constructed by the China Qinjian at a cost of Sh2 billion.

It is one of the largest construction projects in Kenya currently under construction.The project involves construction of the second phase of the second container terminal at the Mombasa port. The work was scheduled to start in January 2018. In late 2017, Kenya Ports Authority (KPA) secured a Sh35 billion loan from the Japanese government to support the project.
Transport Cabinet Secretary James Macharia announced in September, 2019 that the project was 33 per cent complete.

The second phase of the container will provide an additional capacity of 450,000 Twenty-Foot Equivalent Units (TEUs).

The first phase was completed in September2017 and has a handling capacity of 550,000 TEUs.

8.Low cost housing plan
Late 2017, Kenya issued an expression of interest for the construction of 8,200 housing units on a 55-acre government land in Mavoko sub-county, Machakos County. 60 local and foreign contractors are racing to secure the job that seeks to address Kenya’s housing problem especially in urban areas.

Preference will be given to companies with a proven record of implementing mass housing projects in Kenya and abroad within the shortest time possible under the Engineering Procurement Contract (EPC) model will be considered.

Under this model, a firm funds development of a project to be paid upon completion once the government is satisfied with the final product. 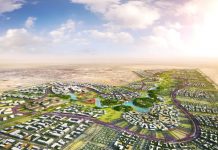