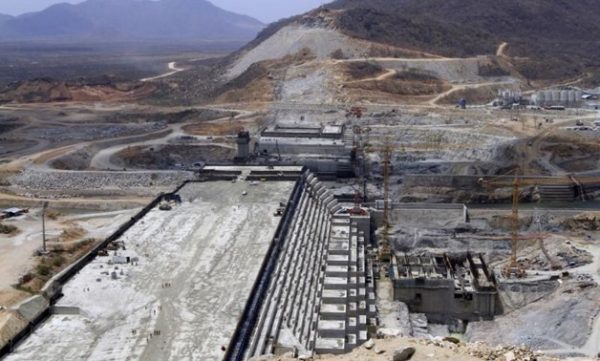 When construction of Grand renaissance dam begun in 2011, the plan was to bring much-needed electricity to Ethiopia and to the region.

Upon its completion, the mega hydroelectric dam will start by producing 750MW and then scaled to 6000MW, effectively making it the biggest hydroelectric power project in Africa and one of the largest in the world.

But almost a decade into construction,the  Grand Ethiopian renaissance dam is facing a major opposition from Egypt which claims that dam may slash the flow of freshwater from the Nile to its territory.

A series of negotiations then ensued to help solve the issue with Sudan being roped in in the talks.

In 2018, leaders of the three countries met in Addis Ababa for talks but no major deal was reached with Ethiopia and Egypt maintaining their hard stance.

Ethiopia on the other hand, maintained that the Grand Renaissance Dam construction will not reduce Egypt’s share of the river. It insisted the dam is needed for development saying it will continue with its construction.

The meeting marked the beginning of a protracted effort to help solve the the problem that is likely to escalate into a major crisis.

The world Bank and the US were invited into the fray. But Ethiopia rejected the US deal saying it favoured Egypt. Talks reached a dead end this week after Ethiopia announced that no agreement had been reached and that  it was going ahead with filling the dam in the coming weeks.

“For us it is not mandatory to reach an agreement before starting filling the dam, hence we will commence the filling process in the coming rainy season,” said Ethiopian Foreign Minister Gedu Andargachew.

“We are working hard to reach a deal, but still we will go ahead with our schedule whatever the outcome is. If we have to wait for others’ blessing, then the dam may remain idle for years, which we won’t allow to happen,” he added.

No date has been set for talks to resume, and the foreign minister said Ethiopia doesn’t believe it’s time to take them to a head of state level.

Nonetheless, Egypt has requested late on Friday the United Nations Security Council (UNSC) to intervene to resolve the dispute over the controversial Grand Ethiopian Renaissance Dam on the Nile River.

In a statement, Egyptian foreign ministry said Egypt has submitted a request to the UNSC over the GERD, calling on the UN body to intervene to emphasize the importance for Egypt, Ethiopia and Sudan to continue negotiations with good will.

However, whether the UNSC intervenes or not, it seems difficult that an agreement can be reached.

Ahmed Al-Mufti, former member of Sudan delegation to the Nile water negotiations and its legal adviser said last year that The dam project will affect water levels downstream, depending on how fast Ethiopia fills its 74bn cubic metre reservoir.

The Ethiopian dam issue could create water war, he said.“If not under this government then under another, as no population will see itself dying of thirst when they know that there is water very close by. This was my position when I quit, and every day since then I find more evidence that supports this.”

Mufti left Sudan’s delegation to the talks in 2010 after Ethiopia declared it would continue building.

Now, Egypt insists that  Ethiopia must not start filling the reservoir until an agreement is reached.

But there is a dilemma. If no agreement is reached between the three countries, Ethiopia’s next step would be considered a clear violation of the tripartite Declaration of Principles on Ethiopia’s Renaissance Dam signed by Egyptian President Abdel Fattah El-Sisi, former Sudanese President Omar Al-Bashir and Ethiopian former Prime Minister Hailemariam Desalegn in Khartoum on March 23, 2015.

And with Egypt maintaining a colonial-based water allocation agreement that gives it the rights for the Nile river, the conflict could be a long protracted one with no end in sight.

Will Mozambique’s Rovuma LNG Project see light of the day?

Why talks on Bagamoyo port stalled