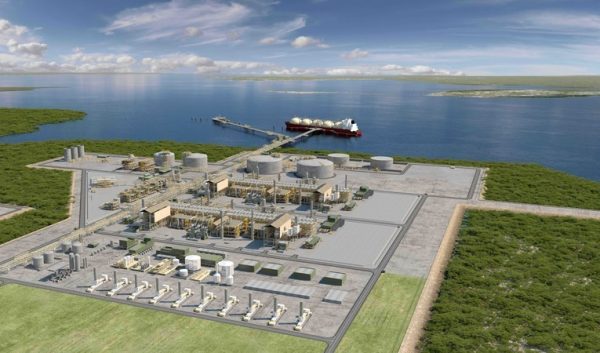 It has been touted as a game-changer in Mozambique’s economy, especially the province of Cabo Delgado where it will be located.

But now, the Rovuma LNG Project outlook faces uncertainty as major shareholder ExxonMobil, announced that it will take final investment decision (FID) in 2021.

ExxonMobil blamed the delay on the coronavirus pandemic and the oil price collapse.

The Final Investment Decision is the crucial step in a project, that tells investors and shareholders that companies are ready to spend money on a new project, and that they expect the project, once fully operational, to make enough money to make the initial investment worth it.

But the delay to FID—following on from another last year—was already on the cards before the pandemic, as ExxonMobil and its partners sought to deal with high costs and financing problems.

The major announced in 2019 it wanted to cut costs for the project before giving it the green light. The decision to postpone became inevitable when the challenge of building and funding one of the world’s most costly energy projects was compounded by the imposition of work and travel restrictions affecting personnel and supplies.

However, ExxonMobil FID date might prove futile because it is not guaranteed that by 2021, business would have normalised.

Rovuma liquefied natural gas (LNG) project is a 15.2 million tonnes per annum (Mtpa) LNG export facility planned to be developed to liquefy and market gas resources from three reservoirs in the Area 4 block of the Rovuma Basin, offshore Mozambique.

Environmental Impact Assessment was done between 2011 and 2014 to identify and assess the potential for environmental, social and health impacts that will need to be managed during construction and operation.

And so plans to construct one of the world’s biggest LNG project was well in motion.

Nonetheless in October 2019, ExxonMobil announced it will delay taking FID, pushing it to 2020. The US oil giant did not state the reasons for the move. Notwithstanding, JFT, a consortium between JGC Corporation (JGC), Fluor and TechnipFMC was awarded the engineering, procurement, and construction (EPC) contract for the onshore LNG production facility.

Come 2020 and the consortium had to contend with Covid 19 pandemic that resulted in restriction of movement an oversupply of oil and gas and a slump in oil prices.

For Aditya Saraswat, a senior analyst at consultancy Rystad Energy, ExxonMobil has little choices to make.

“Banking on future increase in demand for gas may not necessary boost Rovuma prospects,” he cautions. And this is because the capital to finance them comes mainly from oil production and also that the gas price is still largely determined in oil markets.

“This is an LNG project but its future may yet come back to the oil price environment,” adds Saraswat.

Rystad predicted before the coronavirus pandemic that global demand for LNG would catch up with prevailing over-supply by 2023. It has since revised its view to expect the market to start tightening in 2024, which would mean Rovuma, if it receives FID in 2021, would come onstream around 2026 when the market can support higher prices.

But a post-coronavirus recovery would still leave ExxonMobil with the issue of cutting costs for Rovuma LNG. Energy firms have already made their operations more efficient, as they struggled to stay afloat during the post-2014 oil price slump.