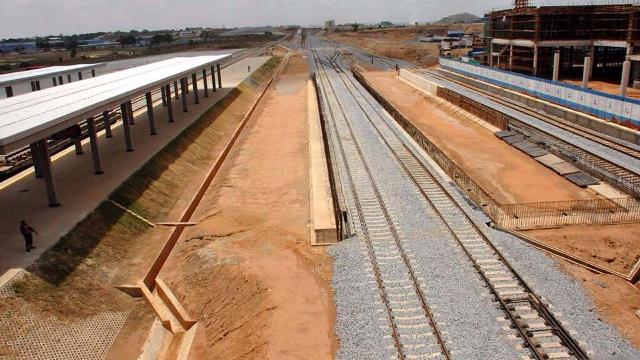 Construction for the Ibadan to Kano standard gauge rail line project has been approved by the Federal Government of Nigeria worth in the region of $5.3 billion (N1.62 trillion).

On the third Maritime Stakeholders interactive Forum which was held on Thursday, the Minister of Transportation Rotimi Amaechi disclosed this.

On Wednesday, the Approval of the  $5.3 billion project was given on Wednesday said Rotimi Amaechi while the coastal rail for the Port Harcourt to Warri rail segment that the Ministry is still seeking for funds to commence it.

The Minister of State for Transportation Gbemisola Saraki would be in charge of the maritime agencies, Amaechi stated and that he will coordinate the railway actor.

It was stated by the minister that Nigeria will have a single window within the maritime sector and discussion about the maritime safety has been completed with Muhammadu Buhari.

Rotimi Amaechi has instructed the Minister of State for Transportation to personally supervise the maritime agencies while himself overseas what happening and that with the President, he has discussed exclusively two things with him including single window project and maritime security.

By the end of 2020, Mr Rotimi said he has promised the government of the single window project in the maritime sector

Concerning the contractor for the single window project an Israeli firm HSLI that they are too slow and should have launched by now.

A $6 billion facility from the Chinese bank(EXIM Bank) to do the project as the federal government was committed to the project, Amaechi disclosed in Early September 2018.

Discussion and negotiation are ongoing with the China Exim Bank to get the loans of $6 billion for the Ibadan to Kano rail lines.

Due to the amount involved for the double track($8 billion) but the Chinese are insisting that they can’t find for the a double track rail lines.

Above that too, the Chinese want the single track from Minna to Abuja and then from Abuja to Kaduna, but it was argued because the economic sense is not viable but we should ask the Chinese to fund the double track in segments, Rotimi Amaechi explained.

On the rail project.

The double rail project from Lagos to Kano will pass through various states like Osun, Ekiti, Ondo, Kwara and Niger states and then Abuja, Kaduna and Kano.

The rail will cost about$8 billion and it will definitely link Lagos to Kano, inorder to maximise the economic benefits of the rail corridor as the ultimate value lies in the freight and not passengers, Amaechi disclosed.

Residents in Zambia oppose construction of a resort in game park