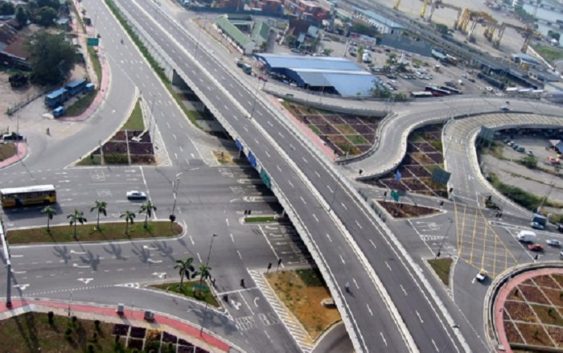 The governments of East African nations – Kenya, Tanzania and Uganda are now looking to road tolls to raise money for the financing of public infrastructure projects.

Kenya has earmarked five highways for tolling. These include the Thika Superhighway, the Southern Bypass, the Nairobi-Mombasa highway, the JKIA-Westlands expressway and the yet to be built second Nyali Bridge.

On its part, Tanzania has plans to charge a fee on the Chalinze-Morogoro road which forms part of the 921-km Tanzania–Zambia highway, The East African reports.

Meanwhile, Uganda will start to levy drivers on the Chinese-funded and built 55-kilometre Entebbe Expressway in the country from January 2020. The expressway links the capital Kampala with the Entebbe International Airport.

A road toll system is a process whereby a fee is charged for accessing or using a public or private road – almost always a controlled-access highway. It is a form of road pricing which is typically implemented to help recoup the cost of road construction and maintenance as well as finance other public infrastructure projects.

Although this system is being adopted in the three East African countries in the same period, the underlying objectives differ, especially for Uganda.

Money collected by Kampala is expected to be deployed in repaying a $476 million loan from the China Export and Import (Exim) bank for the road construction. The loan is payable over a 40-year period at two percent interest per annum.

“We have a commitment to pay back the loan whether the tolls are enough or not,” said Allen Kagina, the Executive Director for Uganda’s National Roads Authority.

The Entebbe Expressway, which is regarded as the world’s most expensive road of its length, reportedly provides a quicker getaway from Kampala to the country’s only international airport in Entebbe.

Since it was opened in June 2018, the expressway has been free to use. This is largely because the then existing laws did not provide for the collection of tolls and even the traffic flow was not much.

However, Kagina said projections show an increase in traffic on the road equally increasing the numbers of passengers using the Entebbe International Airport. And people surveyed say they are willing to pay a toll fee.

Moreover, the move to implement the road levy is backed by new legislation which came into effect last month after Ugandan President Yoweri Museveni signed the Road Act into law.

The process of crafting costs to be paid by particular vehicle types is ongoing, Uganda’s Ministry of Works has said. It is expected to be disclosed to the public by the line minister before the end of this year.

Countries across Africa are embracing the road tolling system. This cannot be unconnected to the huge infrastructure financing deficit in the continent. Estimates from the African Development Bank (AfDB) suggest that the continent needs up to $130–$170 billion a year for infrastructure, with a financing gap in the range $67.6–$107.5 billion.

South Africa is considered a leader in the road tolls strategy with the launch of the Gauteng Freeway Improvement Project (GFIP) by the South African National Roads Agency (SANRAL), a state-run firm mandated to manage, maintain and develop the country’s national road network.

Nigeria also charges levies on some highways and there are plans to toll federal roads in Lagos and Ogun state as part of efforts to ensure successful implementation of the road management policy in the country.