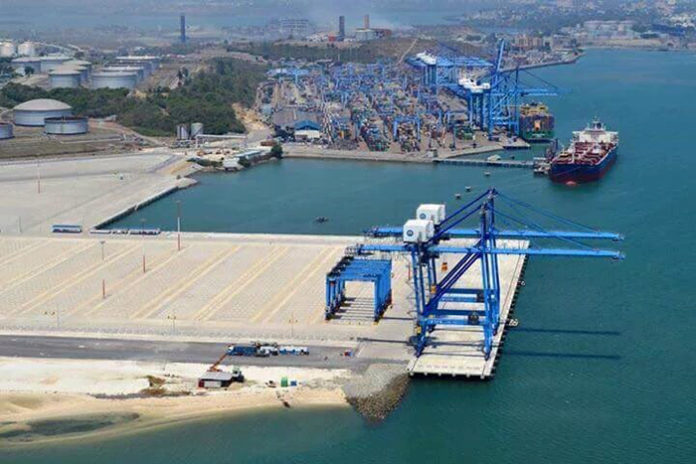 Kenya ports Authority(KPA) has secured a Sh35 billion loan from the Japanese government for the construction of the second phase of the second container terminal at Mombasa port.

Construction work at the port will begin in January 2018.
KPA Managing director Catherine Mturi-Wairi confirmed the development and said that tendering for the project is set to begin soon.

“We already have the Sh35 billion financing from the Japanese government. We are now in the tendering process but construction must commence by January 2018,” said Ms Mturi-Wairi in an interview.

The first phase which was completed in September 2017 has a handling capacity of 550,000 TEUs.

The development comes even as KPA announced that it had secured two state-of-the art electric cranes to help boost efficiency at the Mombasa port. The cranes it said would also help mitigate negative effects on the environment.
The cranes were funded by TradeMark East Africa (TMEA) through the UK government’s International Climate Fund (ICF) facility.They were procured at a total cost of Kshs 868.27 million (USD 8.7 million).

Latest data from Kenya Ports Authority(KPA) shows that Mombasa port cargo traffic registered an 11.9 per cent growth in the first six months of 2017. This was attributed to the construction of the second container terminal.

In the wake of heightened competition from neighbouring Tanzania, Mombasa port has been striving to boost efficiency at the port to give it a competitive edge.

In 2015, Tanzania announced that it was planning construction of a mega port in Bagamoyo that would be the largest in East and Central Africa. It however temporarily halted plans reportedly due to financial constraints.

The biggest port in East Africa and the region’s trade gateway, Mombasa handles imports of fuel and consumer goods and exports of tea and coffee from landlocked neighbours such as Uganda and South Sudan and its traffic flows serve as a barometer of economic activity in the region.
1$US is equivalent to Kenya shillings 103.
ADVERTISEMENT