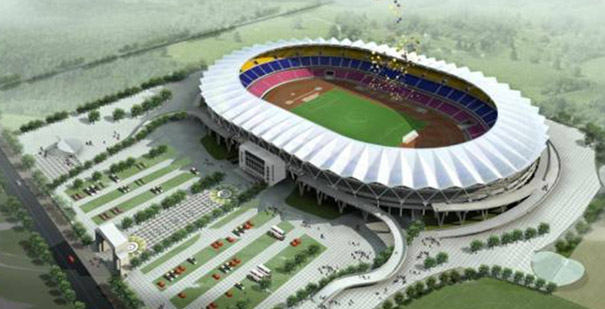 Tanzanian president John Pombe Magufuli has said that plans to kick start the construction of a mega stadium in Dodoma are underway.

Mr Magufuli was speaking in Dodoma during a ceremony to mark the 53rd Anniversary of the Union between the then Tanganyika and Zanzibar.

“We are making good progress ready to start construction of the biggest stadium in the country,” the president told hundreds of thousands of people, who gathered at the venue to witness the colourful event.

Plans to construct the modern stadium complex in Dodoma coincides with government push for massive transfer of people and services from Dar es Salaam to Dodoma which is the designated new capital of Tanzania. The new stadium will cost US$100m.

In 2015, Tanzanian private sector inked major deals with Morocco which included the construction of the Dodoma sports complex.

“I had a tete-a-tete with the visiting King and I asked him if he can help build a stadium in Dodoma … He said yes he will,” Magufuli told the delegate at the state house in the city at the time.

The new sports complex will put the country in a competitive potion when it comes to hosting international matches like Africa Cup of Nations (AFCON) and other top athletics events such as All African Games and World Athletics championships.