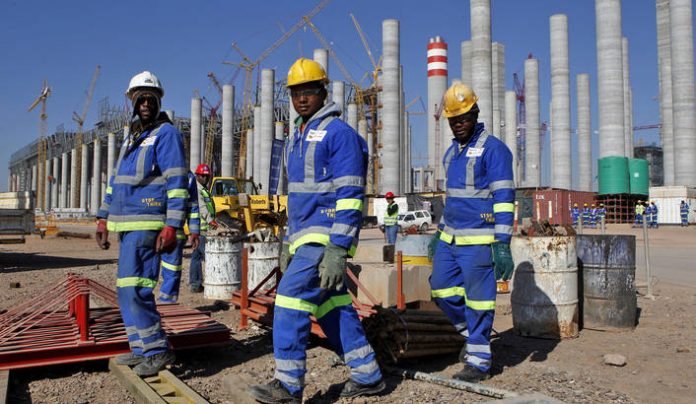 After crashing to an all-time low of five at the height of the COVID-19-induced lockdown in the second quarter, the RMB/BER Business Confidence Index (BCI) increased noticeably further from 24 in the third quarter to 40 in the fourth quarter – a welcome surprise.

But, regardless of the improvement in sentiment, questions remain about its sustainability.

The fourth quarter survey was conducted between 5 October and 16 November. It covered about 1 800 executives spread across the building, manufacturing, retail, wholesale and motor trade sectors.

Confidence rose in all the sectors making up the BCI. The new vehicle sector and the wholesale trade recorded the largest increases in the quarter. Confidence among retailers and wholesalers jumped to 50 and 59 respectively, making them the first sectors in over two years to see confidence rising back into net positive terrain.

Retail confidence rocketed from 36 to 50 in the fourth quarter – an increase which is bigger than the seasonal improvement usually linked to Black Friday and festive holiday sales. Sales volumes of food, groceries, electronics, furniture and building materials rose impressively, while that of clothing remained under pressure.

Pent-up demand, 300 basis points of interest rate cuts, substitution away from spending on services such as restaurants, entertainment and travel, to spending on ready-made meals, office equipment and DIY products related to work-from-home, savings resulting from less spent on petrol by those working from home, as well as the COVID-19 related top-ups in social grants, new cash grants to the unemployed and UIF pay-outs, all supported retail sales in the quarter.

Wholesale confidence soared from 33 to 59, a six-year high, owing mainly to a sharp increase in spending on consumer goods.

New vehicle dealer confidence leapt from 16 to 41 as sales continued to strengthen in the fourth quarter.

Manufacturing confidence climbed from 22 to 31 due to noticeably better domestic sales as well as increased exports.

Building confidence improved slightly (from 14 to 21), as both residential and non-residential building activity remained weak. The increased attractiveness of buying an existing house rather than building a new one, the prevailing oversupply of retail as well as office space and the delays in local authorities’ processing of the backlog of building permits and plans, all dampened activity. In contrast, residential sub-contractors continued to benefit from ongoing renovations as people spent more time working from home.

Besides the mentioned factors having boosted confidence in the respective sectors making up the RMB/BER BCI, two other overarching ones also played a role:

“Although the surge in business confidence is encouraging, it only signifies an economy that’s out of intensive care, and not out of high care” said Ettienne Le Roux, chief economist at RMB. Indeed, while the easing of lockdown restrictions in recent months has led to a resurgence in activity, the tempo of growth in 2021 and beyond remains highly uncertain.

A durable recovery of the global economy, especially as the vaccine is rolled out, and continued high prices and strong demand for South Africa’s mineral exports, as well as the resumption of international travel, will surely bolster the local economy.

Yet many risks abound. For instance, the strong rise in confidence among consumer facing sectors could easily turn out to be temporary if the “kicker” having come from pent-up demand peters out. Equally, poorer-than-expected Black Friday and festive sales could also dent confidence, while uncertainties associated with special COVID-19 income support measures lapsing, is another potential sentiment dampener. Furthermore, after significant layoffs in the second quarter, employment prospects remain bleak.

The increase in the RMB/BER BCI since the second quarter has mainly been driven by retail, wholesale and new vehicle trade, but it’s imperative that activity in sectors linked to the supply-side of the economy (i.e. the building and manufacturing sectors) catches up more strongly to help ensure that the upward trend in confidence lasts.