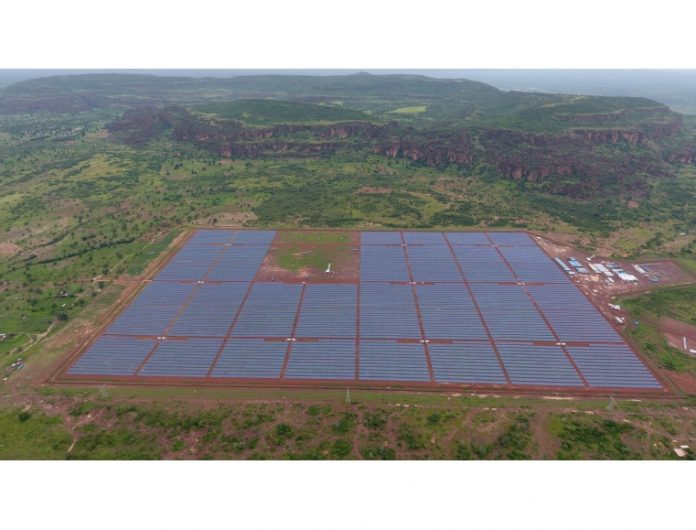 Located some 180 km west of Bamako in the Kayes Region, it is now West Africa’s largest solar PV plant in operation.

Another step towards Mali’s energy transition This plant covers the electricity needs of 120,000 Malian homes and will reduce CO2 emissions by more than 52,000 metric tons every year.

The Kita solar plant is thus actively participating in the increase in the country’s electrification rate, an essential parameter for economic and social development.

This major project strengthens the commitment of Mali, a signatory of the Kyoto Protocol in 1995, to fighting climate change and allows it to move closer to its 2030 national renewable energy targets.

Furthermore, this plant is contributing to reducing the country’s dependence on hydroelectricity – currently jeopardized by climate change – and vis-à-vis imported fossil fuel and the use of wood fuel from the country’s natural forests.

The development of a 5 ha plot adjacent to the solar plant has provided an area for
growing crops for those who live near the plant. Training in techniques to improve organic farming is being continuously provided by the Akuo Foundation teams. Having created up to 350 local jobs during the project’s construction phase, 120 – a figure that will gradually increase to almost 200 – long-term jobs for women have thus been created.

A plant built and run by a Malian team The plant’s financing was undertaken through the West African Development Bank (WADB/BOAD), BNDA (Banque Nationale du Développement Agricole), FMO (a Dutch development finance company) and EAIF (Emerging Africa Infrastructure Fund), an investment fund managed by Ninety One,
for the banking part, while PASH Global is Akuo’s co-shareholder on this project.

Successfully completed, despite the country’s unstable context, by predominantly African construction staff, the Kita solar plant is now being run by an exclusively Malian team, thus affirming its local roots and the direct benefits it generates for Malian citizens.

Pierre-Antoine Berthold – Managing Director of Akuo Energy Africa said: “Thanks to the Akuo Group’s acknowledged expertise, which covers all production technologies and the numerous additional benefits provided to local populations through the types of projects
we design, today we want to accelerate our development in Africa with a mid-term target of having plants generating a gigawatt of power from renewable energy sources. This first major project notably illustrates the Agrinergie® model’s viability in the Sahel region of Africa.”

Kofi Owusu Bempah and Vine Mwense – Founders of PASH: “We are delighted to have co-invested for a 49.9 percent share in this prestigious Project, the first of its kind in Mali.”