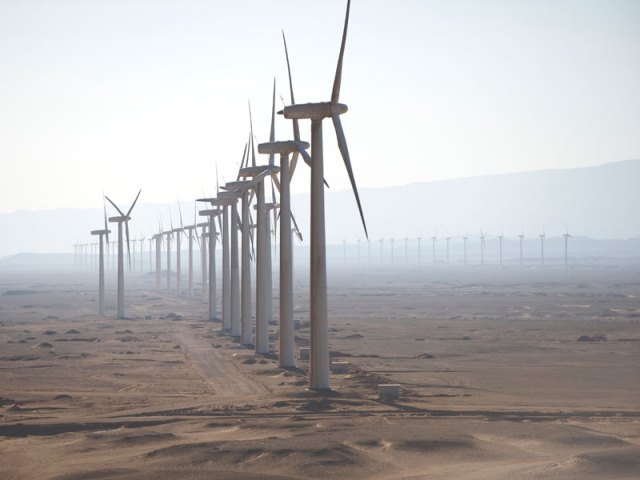 The European Bank for Reconstruction and Development (EBRD) is extending a financial support of up to USD 50 million to finance the construction of a 500 MW wind power plant located in the Gulf of Suez in Egypt, approximately 40 km North-West of Ras Ghareb, a known route for migratory birds.

In supporting the project EBRD notes that the Gulf of Suez wind project will be one of the largest privately developed utility scale wind power plants in Egypt and will support the country in increasing its renewable energy capacity.

“Through delivery of clean power at one of the most competitive wind tariffs in the region and wider, the project will support Egypt’s renewable transition and exploitation of the exceptional wind resources in the Gulf of Suez area,” observes EBRD.

It will involves the installation of 173 2.9MW turbines, and supporting infrastructure, over an area of around 70 kms, within a wider 284 kms area demarcated for private sector wind power projects. The Project will connect to the national grid through a 35 km 220 kV transmission line, which on its own would be categorised A requiring an ESIA.

But Ras Ghareb where the wind project will be located is also an important migratory flyway (globally-important concentrations of 14 migratory bird species pass through the area during the spring and autumn) and 22 km from Gebel El Zeit Important Bird Area (IBA designated for migratory soaring birds) and therefore has been subject to a Critical Habitat Assessment.

For example, more than 5% of the flyway population of White Stork flew through the Lekela North Ras Gharib 250 MW Project area during spring 2016.

Birds are known to leave Europe to spend the winter in Africa, particularly in the Great Lakes region.

Tired from this long journey, they rest by letting themselves be carried by the wind, a manoeuvre which can prove fatal since the birds can be hit by the blades of wind turbines.