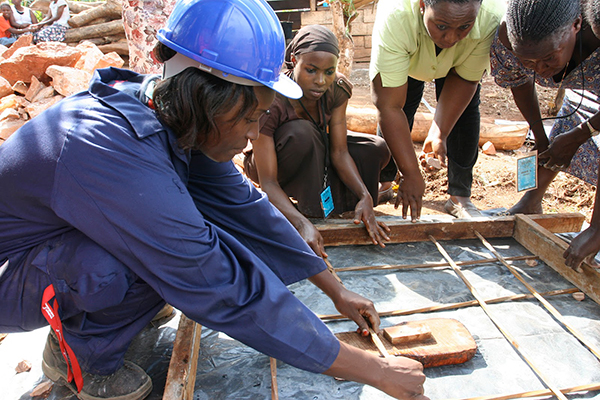 With the aim of celebrating and encouraging women in the construction industry, the Construction Industry Development Board (cidb) has developed an awards programme to showcase their projects and achievements.

The Empowerment and Recognition of Women in Construction (ERWIC) Awards Consist of ten awards categories, which are open for entry to any entity which is registered with the cidb and is at least 51% female-owned.

The awards also recognise clients, entities and individuals who support gender transformation and mentorship of women within the industry. Entries were open on the 15th June with winners named during Women’s Month in August.

Traditionally a male-dominated industry, the construction industry has seen a great evolution over the past few years. Today, women are increasingly assuming positions once considered ‘male’ roles,overcoming outdated stereotypes.

Enterprise development and empowerment of this emerging sector is core to the cidb’s strategy for growth and development of the construction industry. The cidb has identified women as a critical target for development and has chosen to celebrate and encourage this group through the ERWIC Awards process.

The aim of the awards is to encourage excellence among women and commitment among stakeholders to support women in their professional growth and development. Through the ERWIC Awards, the cidb also aims to promote role models for women in lower grade construction categories, and motivate women in the higher grades.

The ten awards categories are as follows:

Finalists may be organisations or individuals from the private or public sector, and must be actively registered with the cidb, where appropriate. Depending on the description and criteria of the category, the finalists may nominate themselves or be nominated by a third party.