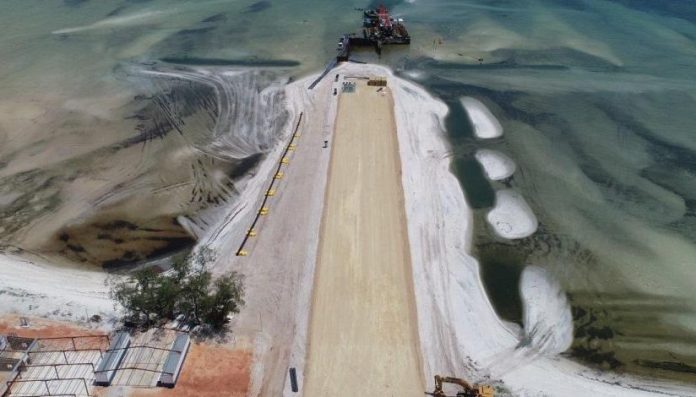 After struggling to get funding, Total led Mozambique LNG project has finally received a major capital to finance the project construction.

Indian state-owned energy firms OVL and OIL and their foreign partners have announced that they have secured about $15 billion debt financing  to part-finance the project construction. Production has been set for 2024.

“Oil India Ltd, a national oil company of India, announces that Rovuma Offshore Area 1 consortium (Area-1), led by Total confirms, the finalization of the Mozambique LNG senior debt financing of USD 14.9 billion for the two train LNG project on July 15, 2020,” the company said in a regulatory filing on Thursday.

The Mozambique LNG project is being spearheaded by French oil giant Total and it envisages producing 12.88 million tonnes per annum of LNG from gas discovered in Area-1, offshore Mozambique.

The total cost is estimated at USD 24.1 billion and is to be funded through a combination of debt (USD 15.8 billion), equity (USD 7.4 billion) and cash flow from operations (USD 0.8 billion).

Operating in one of the world’s largest known natural gas fields off the coast of northern Mozambique, the LNG project will be capable of serving clients in the Atlantic and Asia-Pacific markets, meeting growing energy demands in the Middle East and Indian sub-continent.

“To date, Mozambique LNG is the largest project financing transaction in Mozambique and in Africa,” explained Latham & Watkins’ co-head in Africa and co-lead of the advisory team, Clement Fondufe.

“On a global scale, this project will put Mozambique on the path to becoming a significant player in the LNG industry and a new global source of LNG.  It is truly a ground-breaking transaction.  It is a testament to the depth of Latham’s global project finance practice and Africa expertise that the sponsors entrusted us with this mandate,”

The Mozambique LNG Project started with the discovery of a vast quantity of natural gas off the coast of northern Mozambique in 2010, leading to a $20 billion Final Investment Decision in 2019.