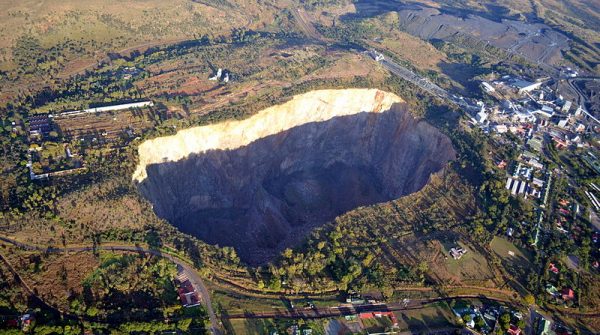 The Supreme Court of South Africa on Tuesday declared the restrictions currently in force in the country in connection with the COVID-19 pandemic unconstitutional and invalid. The relevant court order was published on its official website.

The Covid lockdown has brought the economy into a standstill with construction and mining companies among those most affected.

Judge however, 14 days so that the government could take the necessary measures to rectify the situation. Thus, all restrictions in force in the country in connection with the pandemic remain in force.

The Supreme Court ruling emphasized that the restrictive standards introduced for the most part do not affect the slowdown in the rate of spread of coronavirus. The court also ruled that, in the form in which they were adopted, these measures limit the rights and freedoms guaranteed by the Bill of Rights.

A lawsuit against the government was filed by a South African human rights organization.

The government said it would issue a special statement after a detailed review of the Supreme Court’s decision.

Regulations and restrictions do not always work

It should be said in general that making something illegal and restricting it does not always turn out to be effective. Most notably when online casinos were restricted, the demand and interest for these companies grew exponentially. People were looking for elusive ways to play various slots online and other casino games. It was actually more destructive than beneficial. Even though the government regulated and restricted the playing of online casino games people moved to illegal and unregulated platforms, which caused more disturbances.

We can say the same about the restriction of alcohol drinks in the country as well. Restricting it during the coronavirus pandemic made the situation only worse and people were not positive about this news. Yet the consumption decreased but they still found other ways to consume alcohol. Prohibiting something is not always the best choice.

How has the situation been in South Africa?

A nationwide quarantine was introduced in South Africa on March 26. From May 1, and after June 1, restrictive measures were eased. Currently, the Republic of South Africa takes first place in Africa in terms of the number of people infected with the new coronavirus – more than 35,000 have been infected, and over 700 people died.

It is too early to say, but South Africa could be massively affected by the coronavirus. The country is likely to lose 200 million rands in foreign currency – and over 1,000 jobs in the tourism sector.

On Thursday, PwC published an analysis of the effects of Covid-19 on trade. According to the report, the tourism industry in South Africa is likely to face big problems due to the Covid-19 virus.

“Many of South Africa’s industries will see an adverse impact from COVID-19, including mobile operators, automotive manufacturers, as well as hospitality and retail establishments,” the report says.

But previous outbreaks indicate a clear and direct impact on tourism, such as severe acute respiratory syndrome in 2003, and swine flu in 2009. During these periods there was a decrease in travel. But this time it’s different.

Assuming a 15% decline, Chinese tourism spending losses will amount to 200 million rands. This, in turn, will mean that 1,000 tourist and hotel jobs will be at risk. But tourism outside of China is likely to suffer.

The number of Chinese tourists and the jobs they create in South Africa is actually small compared to the influence of other large countries.

The ban on the sale of alcohol in South Africa was explained by the fact that it would help doctors and law enforcement officers focus exclusively on the fight against COVID-19. Since in South Africa, violence and aggression after drinking are a big problem. It was even officially recognized as the main factor in crimes, in particular murders, rapes and robbery.

Doctors and police say the Prohibition worked – there really are fewer crimes during the quarantine period.

Now, when alcohol was again allowed to be bought, huge queues formed at the shops. What can be seen from posts on social networks.

At the same time, certain restrictions apply to the sale of alcohol. It can be purchased only from 9 to 17 from Monday to Thursday. And drinking strong drinks is allowed only at home.

The authorities also asked people not to run to the shops for alcohol so that there would not be crowds, but the people ignored this request.

Wine producers and brewers also welcomed the news, as they previously complained that they had been kicked out of business and deprived of the opportunity to earn a living.