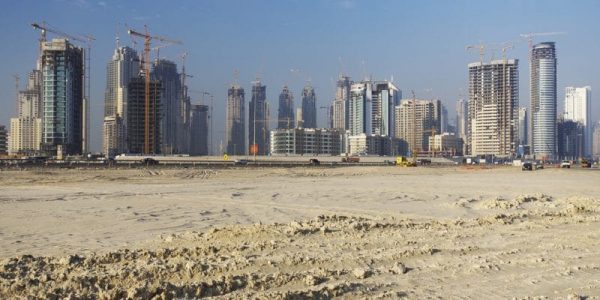 Construction is in top gear on Egypt’s new capital after days of slowdown due to Covid-19 pandemic, Amr Khattab, spokesman for the Housing Ministry has said.

Known as the New Administrative Capital, it is the biggest of a series of mega-projects championed by President Abdel Fattah al-Sisi as a source of growth and jobs.

Measures have been put in place to ensure social distancing on the site amid Covid-19 threat.”The proportion of the labour force that is present on site doesn’t exceed 70%,” said Khattab. “This is aimed at ensuring the workers don’t get too close,” he said as he showed off the R5 neighbourhood, which includes about 24,000 housing units. “We work less intensively, but we do two shifts.”

The Housing Ministry expects to deliver two residential districts by late 2021, while the business district should be finished by early 2022, said Ahmed al-Araby, deputy head of the new capital’s development authority.Private developers and the army are building six other neighbourhoods.

Construction of various projects in the new city is being undertaken by a number of Egyptian construction companies in collaboration with China State Construction Engineering Corporation (CSCEC).

Mooted in March 2015, Egypt’s new capital  is part of a plan to expand urban areas to deal with the country’s rapid population growth rate and improve the nation’s infrastructure.

It is expected to be built over seven years.

The city will also be home to an international airport, public gardens and parks that total 35 square Kilometre (dubbed the Green River) and a residential district offering a total of over 23,000 units. There will be an office park of skyscrapers that will house a 345 metre-long high-rise, the tallest in Africa.

Egypt’s new capital is expected to be a smart city using modern technologies for all services on site.

The first government ministries were intended to relocate to the new capital in mid-2020, but was postponed due to the coronavirus outbreak.

A flurry of contracts have recently been signed for everything from a new $834m business park to a city-wide digital security system, and Honeywell installing over 6,000 wireless cameras across the city.

But the project has also faced a myriad of financial challenges after reports emerged last years that a lead investor from the United Arab Emirates had pulled out.

The New Administrative Capital is now being run by the Housing Ministry and the army’s Engineering Authority.