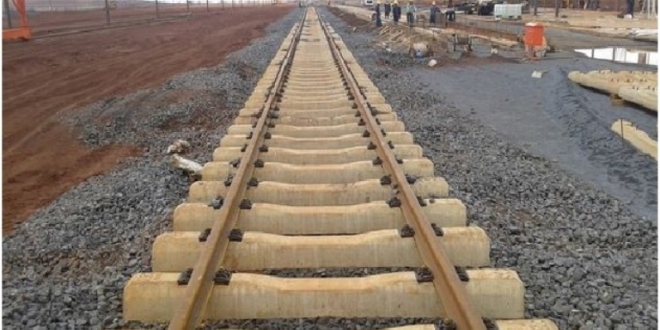 The Railway will connect Morogoro to Makutupora in Dodoma region.

“We will build it up to Makutupora in the second phase. In the later phases we will connect the SGR to Isaka and Mwanza- and ultimately to Rusumo working in close cooperation with our Rwandan counterparts until it reaches Kigali,” Tanzania’s Finance and Planning Minister Phillip Mpango said.

The new development comes even as Tanzania announced that a ship carrying 7,100 tonnes of rails to be used in the construction of the SGR has docked at the Dar es Salaam port awaiting offloading.

Maizo Mgedzi, the SGR project manager told local media that plans were underway to allow clearance of the rails that have been imported from Japan.

“We expect offloading to start in the coming few days. The rails wll then be transported to the site where they will be fixed on the concrete sleepers,” said Mgedzi.

Commenting on why they were importing the rails from Japan and not Turkey the country constructing the SGR, Mr Mgedzi sad,” Japan has immense experience when it comes to rail manufacturing. Besides the firm has been involved in the business for a long period of time.”

Tanzania is upbeat that the Standard Gauge Railway will be the best in Africa upon completion.

The country is banking on the Speed of passenger trains, the material used in the construction of the SGR, the technology deployed and cargo handling capacity.

Contrary to most modern railway lines which use diesel trains, the Tanzanian railway line will be electrified.

The SGR line will run parallel to the Central Railway Line built by Germans in 1905 from Dar es Salaam to Kigoma, then British government from Tabora to Mwanza from 1923 to 1928, covering some 427km.

The project is currently 22 percent complete.