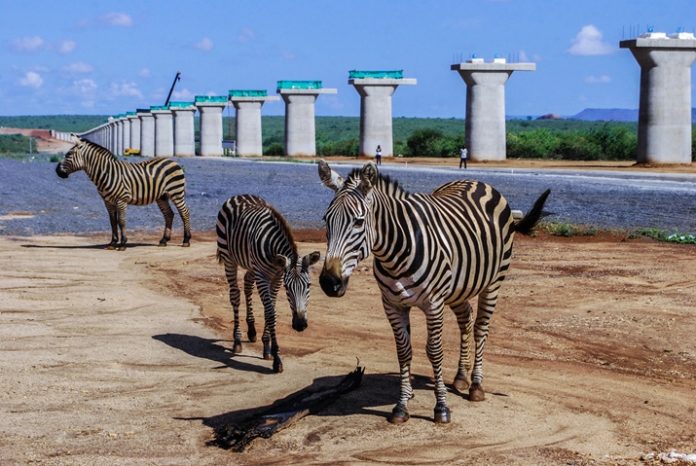 Environmentalists in Kenya have staged a demonstration against SGR construction on Nairobi National Park, saying the move would affect the ecology of the park, endangering the wildlife and their natural habitats.

A Chinese contractor is putting up a railway bridge across the park signalling the start of phase two of the massive railway line running from Nairobi to Naivasha.

Phase one of the project connecting Mombasa and Nairobi has already been completed and in operation.

Conservationists demand that phase two of construction of the Standard Gauge Railway be rerouted around the park.

The park is located near the capital Nairobi and is a major tourist attraction. The area is home to rare animal species like endangered black rhinos, lions, leopards, cheetahs, hyenas, buffaloes, giraffes, wildebeests among others.

Read:Tanzania upbeat its SGR will be the best in Africa

The 63 billion project was in 2017 challenged by Kenya Coalition for Wildlife Conservation and Management and Kenyan activist Okiya Omtatah.

Consequently, an environment tribunal ordered the Kenya Railways Corporation (KRC) not to proceed with Phase 2A of the project until it determines whether or not proper environmental assessment on the route was done.

However, Kenya Railways, a state company, and its partner, the China Road and Bridge Corporation, moved to begin construction work in the park in late February.

A total of seven possible routes were considered for phase two of the SGR, two of which did not pass through Nairobi National Park.

But the government said the current design was picked as the most cost-effective and technically feasible.

Kenya SGR construction is one of the biggest project the country is undertaking since independence in 1963.

The SGR seeks to improve movement of goods and services and help ease congestion on roads.