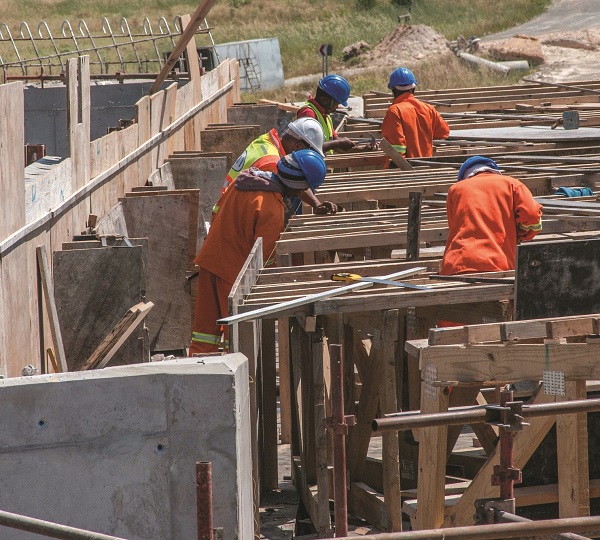 The road will serve as a crucial economic artery, bringing significant socio-economic benefits and thousands of work opportunities for local communities.

The devastating impact of COVID-19 has caused some delays to the project but activities have resumed following the easing of lockdown restrictions according to the government’s risk-adjusted strategy.

The N2 Wild Coast Project entails the construction of two mega-bridge structures on the
Msikaba and Mtentu Rivers, seven additional major river bridges and several interchange
bridges, as well as new intersection, interchanges, pedestrian walkways and agricultural
under and over passes.

SANRAL has noted recent media reports regarding allegations made by a community
organisation and wishes to reiterate that it has conducted all necessary consultations and is
following due process in developing the project.

SANRAL’s service providers returned to site at the end of July to continue with site
investigations.

These activities were in line with a community resolution reached at a community meeting held between SANRAL and the community of Bekela together with local municipal and traditional leadership on 18 March 2020.

The community was advised of the imminent return to site of SANRAL’s service providers via the local councillor, local traditional leaders and members of the Project Liaison Committee (PLC).

SANRAL’s project manager for the N2 Wild Coast Road Project, Craig McLachlan, said the
roads agency’s investigating team has done its utmost to ensure that it works together with
local community representatives whilst conducting their surveys. Regarding allegations that
SANRAL’s workers had trespassed on the property of locals, McLachlan said:

“As far as possible, our investigation team tries not to disturb residents when we go onto sites. However, there are generally no fences or boundary demarcations in some communities, so it is often difficult to determine if our workers are on someone’s allocated land.

If SANRAL  dug on a property without consent, as is being reported, that may have happened if there was no one at home to point out the family’s boundary land.

It certainly would not have been our intention to trespass on any property and we will continue to work with local community representatives and do our best to ensure that such incidents do not occur,”said McLachlan.

McLachlan further clarified that the community meeting held on 18 March 2020 resolved that SANRAL will have access to a proclaimed road reserve and adjacent corridor to conduct required investigations and surveys into the road that are necessary to finalise specific aspects of the design process.

A formal access agreement was signed with the community at the conclusion of the meeting.

“As explained to the community, the access agreement does not constitute a land
acquisition agreement as that can only be conducted once the final road alignment is
confirmed. At that stage, another round of community meetings and meetings with
specifically affected landowners will be held under the guidance of the Department of Rural
Development and Land Reform, and it will be done in terms of the relevant legislation for
communal owned land.

SANRAL would like to point out that the N2 Wild Coast Road Project holds significant socioeconomic benefits for local communities, including an estimated 8,000 direct jobs envisaged for construction work, whilst operational work is anticipated to create 900 direct jobs in addition to the 16-20 000 indirect jobs that will flow from the project,” said McLachlan.

The N2 Wild Coast Road, which stretches 410km from the Gonubie Interchange in East
London to the Mtamvuna river near Port Edward, will shorten the current distance by 85
kilometres in comparison to the current route, delivering a travel time saving of between
one-and-a-half to three-hours for road-users once it is completed saving the economy R1.5
billion annually.