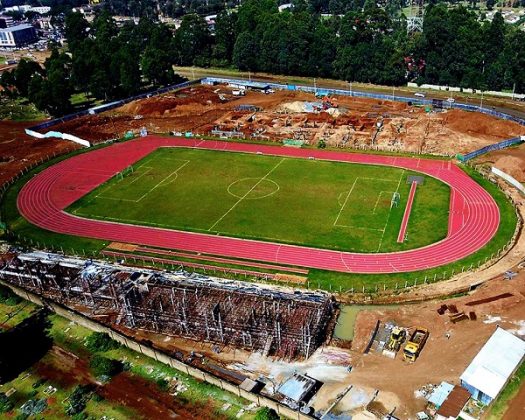 Construction of the stalled Kipchoge Keino Stadium is now set for completion thanks to the government assurance that the contractor working on the project will be paid promptly.

Speaking while on a tour of the stadium on Saturday, Sports and Heritage Chief Administrative Secretary ( CAS) Hassan Noor Hassan said the stadium is set to be completed within the next six months and called on the contractor to mobilise and ensure the timeline is met.

“The stadium will be done in the next six months, and I urge the contractor to move swiftly with the construction as there will be no more delay now that the funds have been released” said Noor.

The project has been abandoned since 2017 when the second phase of renovations started.

If completed on time the stadium is expected to host the national trials for the 2020 Olympics, which were pushed to 2021 because of the Covid-19 pandemic.

Kipchoge Keino stadium in Eldoret, Kamariny in Elgeyo-Marakwet and, Kipchoge Stadium in Nandi County are among the stadiums in the North Rift region which are yet to be completed as promised by the government.