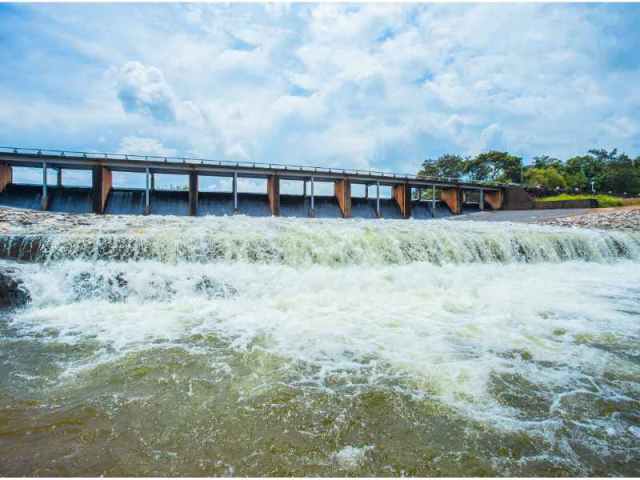 Construction is underway for a huge water treatment plant in Kinshasa the capital of Democratic Republic of Congo (DRC) aimed at increasing sustainable access to water in selected urban areas.

The project is being spearheaded by Chinese firm Weihai International Economic & Technical Cooperative (WIETC) and financed by the World Bank.

The project will involve  construction of an intake in the Congo River that flows through the capital of the DRC. The raw water will be conveyed to the plant via an 805 mm diameter pipe and over a distance of 3 km, via Colonel Tshatshi camp. This is a military camp located in Ngaliema, a commune west of Kinshasa City.

The (raw) water will then pass through an arrival tower before entering the drinking water plant. The plant will have a capacity of 110,000 cubic metres per day.

WIETC will also construct a building that will serve as a storage facility for water treatment chemicals. The Chinese company has 23 months to complete all the work.

The world Bank observes that while majority of the population in Kinshasa has access to improved water, samples from nearly 40% of improved sources tested in 2017 showed contamination from fecal E. Coli Bacteria at point of use.

In the small Congolese town of Tchonka, for example, over 99% of samples were contaminated, even though the community has near universal access to an “improved” rural piped system.

The construction of this drinking water plant in Kinshasa is part of the Urban Drinking Water Supply Project (Pemu) in the DRC which not only aims to boost water access to communities but also improve the efficiency of the Democratic Republic of Congo’s water distribution company (Regideso.

Pemu will require an overall investment of $360 million. Within this budget, $59.4 million is earmarked for the construction of the “industrial water treatment complex”. The government is financing the project with a loan from the World Bank.