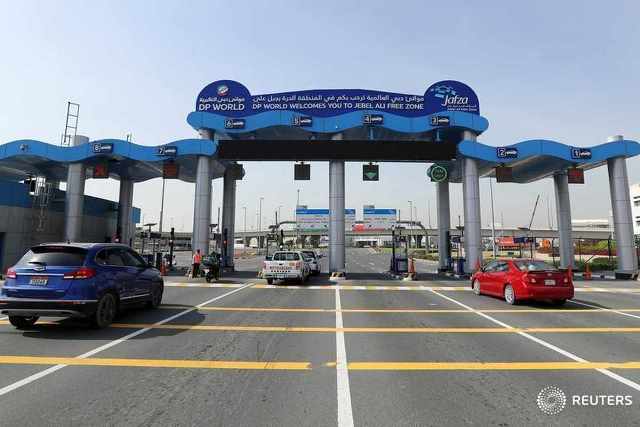 Dubbed Kigali Logistics Platform, the facility located in Kicukiro district in Rwandan capital Kigali, was constructed and will be managed by an Arab port operator Dubai Ports World group, according to a 25-year concession agreement signed with the government in 2016.

The facility, which has been operational since September 2018 in test mode, has a capacity of handling 50,000 containers, Dubai Ports World Chairman and CEO Sultan Ahmed Bin said, speaking at the launch.

“When operating at full capacity, it has the potential to save Rwandan businesses up to $50 million a year in logistics costs,” he said.

“Since the commencement of its operations, Kigali logistics platform has reduced truck-turnaround time from an average of 10-14 days to just 3 days”.

The cargo terminal is monitored by 24-hour CCTV with customers able to access real-time tracking through mobile and online portals, officials said.

They explained that operational time is reduced via articulated forklifts and modern narrow aisle racking system in warehouses, said to be a first for Rwanda and only the second of its kind in Africa.

According to the group’s CEO, the facility serves as a gateway to the heart of Africa, connecting Rwanda to neighboring countries including Democratic Republic of Congo, Burundi, Uganda, Tanzania and Kenya.

The facility will also access the port of Mombasa in Kenya and Dar Es Salaam in Tanzania, securing two trade gateways to the sea, he said.

“Logistics is about how you reduce the cost of transportation. Trade is smarter today, smart trade is the key, we developed our own unique block chain that is used today to benefit cargo owners to cut costs. We tried it and tested it, we have a few companies using it, and that will be our strength,” he said.

“I must say I am impressed by the operations here. This is a high-tech operation that offers real-time cargo tracking to customers. We are happy to be associated with Dubai Ports World and to partner in the establishment of this modern inland port, which is already improving trade and reducing costs for our country,” he said.

Kagame noted that the future of trade and integration on African continent lies in the African Continental Free Trade Area, launched this year with trading set to commence in July next year.

“But trade agreements and economic policies won’t have much impact, without actual infrastructure. With the launch of this facility, Rwanda is doing its part to connect with the larger market of more than 1.2 billion consumers in Africa and beyond,” he said.

Fred Seka, a businessman, said the facility will add value to import and export trade for a landlocked country like Rwanda.

Some of the challenges Rwandan traders went through were delays where some containers spent 10 days before being offloaded due to limited capacity, which will no longer be the case, he told Anadolu Agency.