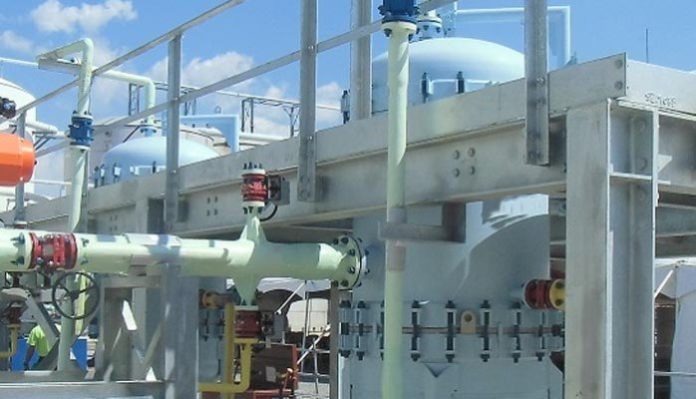 Construction of what government officials say is one of the largest chemical plants in Africa has kicked off in Msufini Area in Tanzania.

The Chlorine Skid Mounted Chlor-Alkali plant will cost a total of US$112 million. Completion of the project has been set for 2020.

The project is a joint venture between Junaco Tanzania and Serba Company of Malaysia. Construction of the plant comes as a sigh of relieve to Tanzanian government which has been spending billion to import the compound mainly used in the treatment of water.

Upon completion, the plant will provide jobs for over 1000 people. The chemical plant will also be a major market for salt producers .in the country says JUNACO (T) Limited Managing Director Justin Lambert.

“We are urging salt makers to stay put despite market challenges. This plant when operational will be consuming 2,500 tonnes of salt monthly,” he said.

Read:Tanzania upbeat its SGR will be the best in Africa

On his part, Serb Dinamik Holdings Bhd Chief Executive Officer Karim Abdullah said his company brings nothing short of technology per excellence in the project construction.

“This is a landmark project for Tanzania and one of the largest chemical plants ‘in Africa. Our track record speaks for itself. We have executed similar projects with high capability and so we will be banking on our experience over the years to successfully develop this chemical plant,” said Mr Abdullah.

According to Dr Abdullah, the company operates in similar sector in several countries in the Middle East and Central Asia. It also operates in UK, Mexico, New Zealand, Australia and Indonesia.

“We want to bring this expertise to Tanzania.”