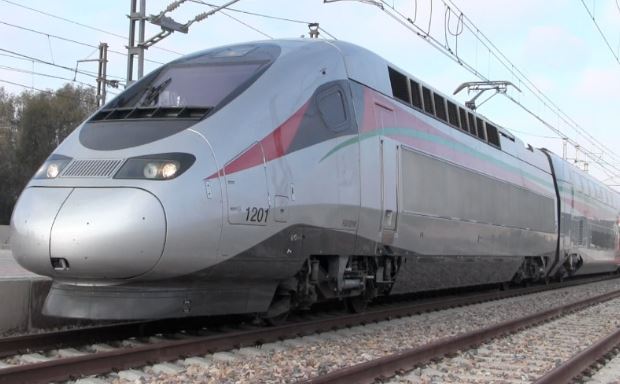 According to Moroccan engineers working on the railway line, trains speeds are reaching 320km/h(200miles) per hour.

On Monday, French Foreign Minister Jean-Yves Le Drian witnessed an initial test that saw one train reach 275 kph (170 mph along a stretch of track between the northern cities of Kenitra and Tangier.

“This is already Africa’s first high-speed rail line,” said French Foreign Minister Jean-Yves Le Drian, who was in Morocco to sign a loan deal between the ONCF and the French Development Agency. He said the railway was “emblematic of the Franco-Moroccan bilateral relationship”.

The 350-kilometre link between Casablanca and Tangiers via the capital Rabat is expected to cut journey times between Morocco’s economic hubs by almost two-thirds, to just over two hours.

The project is 50 percent financed by France with loans of around $2.4 billion (2 billion euros). Other partners in the project include:France, Saudi Arabia, Kuwait, and the UAE.

High-speed trains fit within a wider program of infrastructure spending in Morocco, including the world’s largest solar power plant and several major ports, that is intended to stimulate a sluggish economy.

The $2 billion project has been in development for a decade, funded by the governments of Morocco, France, Saudi Arabia, Kuwait, and the UAE.

Morocco hopes that the trains will deliver wealth and prestige for the country. But critics of the project think that Morocco is a poor country and instead of investing on such a mega project, funds should have been channelled towards education and healthcare.