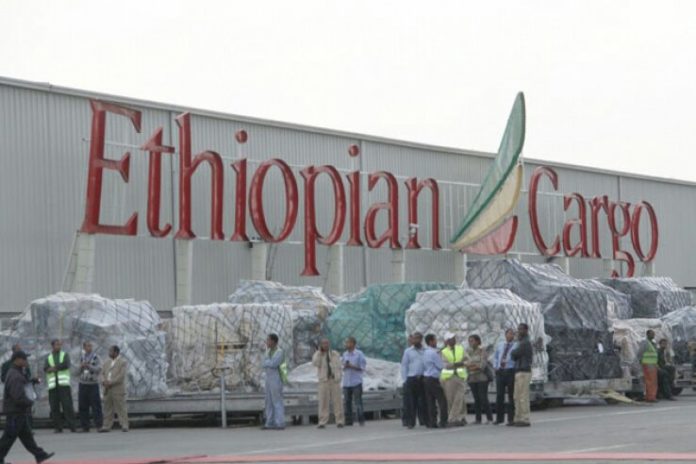 Ethiopia says it will open the newly is upgrading cargo terminal at Addis Ababa Bole International Airport to be inaugurate in June 29 while it hosts the second ICAO Global Air Cargo Development Forum.

The new cargo Terminal-II will be the largest in Africa. Ethiopian Airlines Group CEO Tewolde Gebremariam is quoted as saying that combination of the terminal II with the existing Terminal-I, will create a total tonnage capacity of 1 million per annum.

The CEO stated that upon completion of the second phase, which adds 600,000 tones annual uplift capacity, Ethiopian Cargo and Logistics Services will have one of the world’s largest cargo terminals, a capability equivalent to cargo terminals in Amsterdam Schippol, Singapore Changi or Hong Kong.

“Infrastructure development is one of the four pillars of our growth strategic roadmap Vision 2025,” he said. “We have been making massive investments in infrastructure projects to modernize and expand our cargo facilities at a total cost $150 million.”

Ethiopian Cargo and Logistics Services operates eight dedicated freighters to 39 global freighter destinations in Africa, Gulf, the Middle East, Asia and Europe with an average daily uplift of 650 tons on top of the belly hold capacity, 150 tons, to over 95 destinations globally.