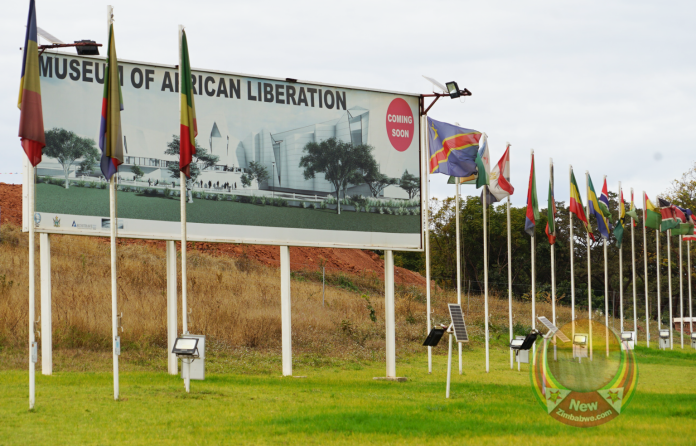 Zimbabwe has kicked off construction work on Museum of African Liberation in the capital Harare to honour fallen veterans of the continent’s liberation wars.

The museum will also help document wars fought in Africa in its quest for self-governance. It is being spearheaded by African think tank, Institute of African Knowledge in partnership with the government of Zimbabwe and some other African counties.

The museum is expected to house material from all African countries which waged armed struggle in order to liberate themselves but also include countries that may not have taken up arms but were instrumental in the liberation period.

The museum will depict the epic struggle to liberate the African people from colonialism and apartheid, says Joseph Nkani spokesperson for Institute of African Knowledge.

It is envisaged that for each country there will be a section of the Museum devoted to its liberation war history. The museum will house the stories of other countries’ sacrifices and histories. Inevitably, the museum will feature the histories of FRELIMO, SWAPO, MPLA, and other gallant liberation parties.

It will feature massacres at Wiriamu, Maseru, Cassinga as well as victories such as the epic battle of Cuito Cunavale and Gorongoza. Also exhibiting at the museum will be the great victories of the Mau Mau Uprisings of Kenya, as well as the heroic defeat of the Italians at Adwa in Ethiopia. A key section of the Museum will also be dedicated to the 14 Founding Fathers of the African Liberation history.

“The museum construction project has started, and it is going to be a two-year project and we are looking at an upward of US$20 million in terms of the superstructure, but of course there are going to be other costs related with the project in terms of adopting the country’s exhibitions and the various artefacts that are going to be put into the facility.”

“It is funded by different African countries and is also enjoying support from the African Union (AU), so different countries are supporting the establishment of the museum in one way or another,” Nkani said.

The project is being constructed on 100-hectare piece of land, which President Mnangagwa commissioned at a groundbreaking ceremony on 4th December 2020.