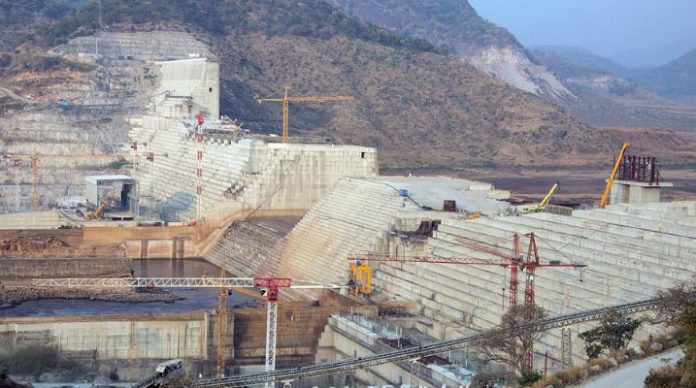 Ethiopia is currently the fastest growing economy in east Africa thanks to a booming construction industry.  Below are Top 4 construction projects in Ethiopia that are contributing to this growth:

The Grand Ethiopian Renaissance Dam (GERD)  formerly known as the Millennium Dam is a gravity dam on the Blue Nile River in Ethiopia that has been under construction since 2011. It is the largest, currently underway construction project in Ethiopia.It is in the Benishangul-Gumuz Region of Ethiopia, about 15 km (9 mi) east of the border with Sudan. At 6.45 gigawatts, the dam will be the largest hydroelectric power plant in Africa when completed, as well as the seventh largest in the world.

The planned TAMS reservoir would have a live storage of 4.8 billion m³, a dam height of 248 m and a 76 km2 reservoir area. The hydropower plant would widely satisfy the energy demand of the region, in a country whose development is crippled by power shortage. Tams Hydropower project is one of the largest construction projects in Ethiopia.

Located in the Ethiopian eastern town of Awash; some 220 kilometres from the capital Addis Ababa, the refinery will have the capacity to process 120,000 barrels per day. That is equal to six million metric tonnes of crude oil.

The project, worth $4 billion, is expected to serve the country and the rest of east African market.

The new facility will eventually have the capacity of refining 12 million metric tons of crude oil yearly. That will boost the confidence of Ethiopia’s energy security program.

Koysha (2’160 MW, under construction) is the fourth hydropower plant of Omo/Gibe river cascade in Ethiopia, comprising Gilgel Gibe (200 MW), Gibe II (420 MW) and Gibe III (1’870 MW), all currently in operation. It also ranks as one of the top construction projects in Ethiopia.

Koysha is a step forward in the development of the entire hydropower potential of the Omo river and represents a realization of the large-scale vision started more than 25 years ago with the design of Gilgel Gibe hydroelectric power plant. It testifies our long-term commitment for the progress of Ethiopia’s energy sector.