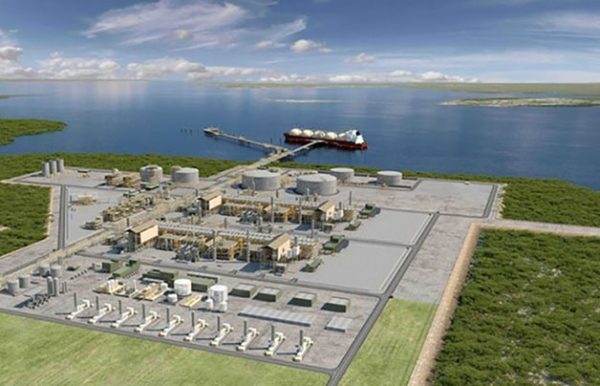 Tanzania is now at per with Kenya in terms of infrastructure projects, both recording 51 projects in 2019, a new report has revealed, according to the Africa Construction Trends Report (2019) report. We examine Top 5 mega construction projects in Tanzania

Construction of this mega project in Tanzania is expected to kick off in 2022 and completed in 2028.Expected to cost USD30 billion, the project will be the first and the most expensive liquefied natural gas plant in the country.

The Bagamoyo Port is being constructed in Bagamoyo, Tanzania. Work started in 2018. It is planned to be one of the largest government infrastructure projects in the country. The Bagamoyo port and its affiliate industrial zone is meant to address congestion at the old port and support Tanzania to become East Africa’s leading shipping and logistics centre.

The USD 10 billion mega project in Tanzania is being spearheaded by China Merchants Holdings International. The project has faced frequent delays due to lack of understanding between the government of Tanzania and the contractor.

Tanzania Mbolea and Petrochemical Company (TMPC), a Tanzanian company that was specifically formed to design, build and operate a fertilizer-manufacturing factory in the Mtwara Region of Tanzania, using natural gas as raw material.

When completed, the plant will be the largest fertilizer-manufacturing factory in Africa, with capacity of 3.8 million metric tonnes of product annually.Nowonder it is listed here as one of the mega projects in Tanzania.

The Tanzania Standard Gauge Railway is a railway system, under construction, linking the country to the neighboring countries of Rwanda and Uganda, and through these two, to Burundi and the Democratic Republic of the Congo. The new Standard Gauge Railway (SGR), is intended to replace the old, inefficient metre-gauge railway system. This is no doubt the largest project in Tanzania.

This section, measuring 300 kilometres (186 mi), was contracted to a 50/50 consortium comprising Yapi Merkezi of Turkey and Mota-Engil of Portugal. Construction began in April 2017.Partial funding for this section, amounting to US$1.2 billion, was borrowed from the Export Credit Bank of Turkey. As of February 2019, 42 percent of this section was reported as complete. In May 2019, it was announced that the current phase of the project is 60 percent complete and that the first passenger trains are expected to start service in December 2019. As of June 2020, the work has been completed by 82 percent. There will be six stations: Dar es Salaam, Pugu, Soga, Ruvu, Ngerengere and Morogoro. Three trains will make daily round trips.[5]

This section was also contracted to the consortium that is constructing the Dar es Salaam–Morogoro Section. The line stretches from Morogoro to the capital Dodoma and onward to Makutopora in Manyoni District, Singida Region. It measures 426 kilometres (265 mi). In September 2018, the government of Tanzania secured a soft loan from Standard Chartered Bank, amounting to US$1.46 billion, for the funding of this section of the country’s SGR.

This section, measuring 435 kilometres (270 mi), stretching from Makutupora in Singida Region through Tabora to Isaka, is yet to be awarded to a contractor, as of September 2018.

This section, measuring approximately 220 kilometres (137 mi), takes the SGR line to the city of Mwanza, on the southern shores of Lake Victoria.This section, has not been assigned to a contractor, as of September 2018.

A more expensive 90 megawatts (120,000 hp) reservoir design was considered before being abandoned in favor of an 80 MW project with a smaller environmental impact and an estimated cost of US$300 million compared to US$400 million for the bigger project.The World Bank announced on 6 August 2013 that it had approved loans totaling US$340 million towards the US$468.60 million needed for the project. In November 2013, the African Development Bank approved a loan of US$113 million towards completion of the project.