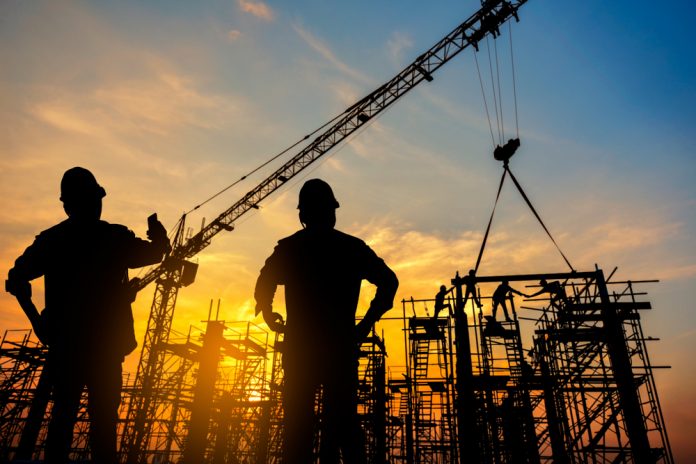 Construction industry in South Africa is a major contributor to employment and economic growth. However, in recent years the industry has been hit by financial difficulties forcing some of them to file for bankruptcy. The article explores the leading construction companies in South Africa:

Wilson Bayly Holmes Ovcon or simply WBHO is one of the leading construction companies in South Africa.The inception of the company date back to 1970 when Wilson-Holmes (Pty) Ltd was formed by John Wilson and Brian Holmes.

A number of mergers followed resulting in the name being changed to Wilson Bayly Holmes (Pty) Limited in 1983 and finally to WBHO Construction in 1996. Today the group is one of the largest construction companies in Southern Africa and is listed on the Johannesburg Securities Exchange.

Group Five was established in 1974 and employs over 9000 people. The company has a growing international client base in south Africa, the rest of Africa and Europe. The company has  recently established small development offices in russia and the usa with operating experience in 28 countries.

Group Five expertise revolve around infrastructure, energy, resources and real estate sectors. Their  capabilities encompass project development, investment, construction, operations and maintenance and the manufacturing and supply of construction products. Headquartered in South Africa, Group Five is largely focused on sub-Saharan Africa. And with 8000 employees and immense experience working in 28 countries, Group Five is no doubt one of the top construction companies in South Africa.

Aveng’s primary geographic markets are southern Africa and Australia.The Company employs some 14 158 people and has an annual turnover in excess of R30 billion.

Raubex is one of South Africa’s leading infrastructure development and construction materials supply groups, celebrating over 40 years in the construction industry since it was established in 1974. Raubex listed on the JSE in March 2007 and operates across South Africa as well as throughout southern Africa. The group consists of three divisions, namely the Materials Division, Roads and Earthworks Division and Infrastructure Division.

Stefanutti Stocks is one of South Africa’s largest multidisciplinary construction groups with over 12 000 employees.

The group has the capacity to deliver a range of infrastructure development projects to clients across diverse sectors. All South African operations are divisions of Stefanutti Stocks (Pty) Ltd, a Level One B-BBEE contributor.

The large construction company in South Africa has a Grade 9 rating from the South African Construction Industry Development Board (CIDB), providing it with unlimited tender capability. Furthermore, its broad spectrum of expertise means that it has the capability and capacity to offer a single point responsibility on multidisciplinary (infrastructure development) projects, effectively removing the interface risk from the clients’ domain.

Murray & Roberts has a long and proud heritage of more than a century and is today recognised as a multinational project life cycle group. It’s the Group’s vision, to be a leading multinational engineering and construction group that applies its project life cycle capabilities to optimise client’s fixed capital investment. The Group achieves this by focusing its expertise and capacity on delivering sustainable project engineering, procurement, construction, commissioning, operations and maintenance solutions.

Murray & Roberts is a group of world-class companies and brands aligned to the same purpose and vision, and guided by the same set of values.

Established in 1997 by Dr. Thandi Ndlovu, Motheo Construction has grown in leaps and bounds to become one of the most identifiable construction companies in South Africa. It is a leading provider of Social Housing in the country, and are far more than a housing company. Having branched into civil construction, water savings technologies, electrical works, as well as having established a fully fledged academy. Motheo is a formidable force in the construction industry.

This company is one of the best Construction Companies In South Africa, providing full life-cycle engineering. And other sectors like procurement, construction, maintenance and project management services for Clients. They are the pioneers in the field of Infrastructure.

This is considered as one amongst the best Construction Companies In South Africa. This provides a very broad range of solutions for the construction and renovation of all types of building materials. They are the leaders in the field of repair, for mining and processing pay minerals, as well as for recycling construction materials.

They are considered as the technological leader, in South Africa. WIRTGEN is of the leaders in the constructional field. They offer their customers mobile machine solutions for road construction and road rehabilitation. They also produce plants and other types of machinery for mining and processing minerals or recycling material and for the production of asphalt.

Not only in South Africa, this constructional company is one of Africa’s benchmark civil engineering and construction projects for their development. They also take up much specialization work, providing specialist construction solutions including developments, building & housing. This Construction Company In South Africa has shown an amazing growth trajectory.

Fikile is one of the largest black-owned construction companies in South Africa.

Throughout its years of pursuing excellence, the company has successfully earned recognition as a significant player in the South African building and construction industry landscape.

Fikile plays a pivotal role in the provision of social and commercial infrastructure through its unique management capabilities, and is a contributing partner in South Africa’s transforming economy.