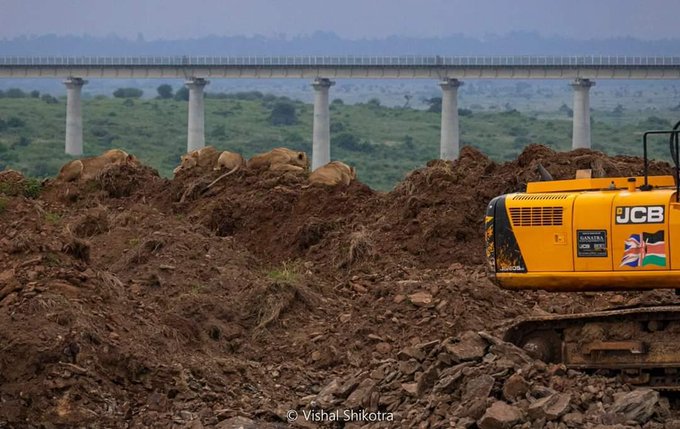 A picture on social media showing young lions resting on top of a heap of dug up soil  has elicited condemnation from Kenyans on Twitter who thought that an expressway was being constructed inside the Nairobi National Park.

Lions at NAIROBI NATIONAL PARK watching destruction of their habitat to pave way for an EXPRESS ROAD. Saddest picture on the internet today. pic.twitter.com/KvGE075f2M

However, the photo was taken out of context and Kenya Wildlife Society was forced to respond to the social media uproar.

“KWS has recently noted reports appearing in social media platforms insinuating that there is a new express way road being built next to the SGR passing through Nairobị National Park. This is not true, and a total misrepresentation of the facts,” the company said in a statement.

“The correct position is that a local contractor engaged by KWS is improving the road joining KWS Headquarters to Central Workshop inside the Park.”

Currently, KWS said the contractor is scooping murram from a quarry near the Standard Gauge Railway for use on the existing murram road.

“The contractor will rehabilitate the quarry pit after completing the works on the road in accordance with an Environmental Management Plan approved and availed to him by KWS Management,” the wildlife agency explained.