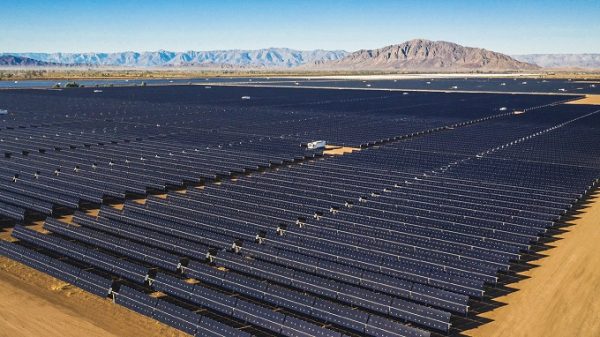 Algeria plans to develop $3bn solar photovoltaic project  with the aim of meeting national energy demand while preserving its fuel resources, the energy ministry has hinted.

Dubbed Tafouk 1, the project will require an investment of between $3.2bn and $3.6bn, it was announced during a government meeting held virtually on 20 May.

According to a virtual meeting held on 20th May, the project will involve construction of several photovoltaic solar power plants. These will have a cumulative capacity of 4,000 MW.

Mohamed Arkab, Algeria’s Minister of Energy said that the Tafouk 1 solar project catapult the country to the international scene as far as solar development is concerned.

“This project will enable us to position ourselves on the international market by exporting electricity at a competitive price, as well as exporting the know-how we have acquired,” said Mohamed Arkab, Algeria’s Minister of Energy.

Algeria is one of the few countries in Africa that has managed to surpass power demand.

The oil producing country has an annual production capacity of 20 GW, for a demand of 15.8 GW.

But government plans to develop a new electricity consumption model based on a shift in the use of the country’s energy resources. This would, for example, increase industrial consumption to 30% of the energy consumed in the country. The new consumption model envisages giving a high priority to renewable energies rather than gas.

Algeria has set a goal to lift the share of renewables in its total power generation to 27% by 2030 by adding 22 GW of renewables capacity. Of the total, more than 13.5 GW will be from solar PV.