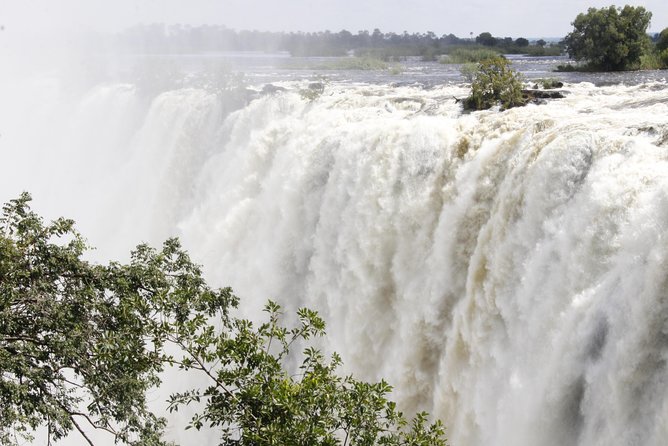 An agreement has recently been signed between Zambia Electricity Supply Corporation (Zesco) and the Kreditanstalt für Wiederaufbau (KfW), the German development agency.

The loan is a $46 million loan for the rehabilitation and extension of the Chishimba hydroelectric power plant.

Kreditanstalt für Wiederaufbau (KfW)’s promise of funding had been in effect for some time. However, it is only very recently that an agreement was reached between the Zambia Electricity Supply Corporation (Zesco) and KfW, the German development agency.

The project involves a $46 million loan for the rehabilitation and expansion of the Chishimba hydroelectric power plant in Kasama district, in Zambia’s Northern Province.

It is a run-of-river power plant. In concrete terms, the turbines of the installation run thanks to the force of the current of the Chishimba Falls, on the Luombe River. This type of hydroelectric power plant does not operate with a dam.

“The Chishimba hydroelectric power plant was commissioned in 1959 with an installed capacity of 0.9 MW, which was subsequently increased to 6 MW in 1971. The infrastructure built on the Chishimba Falls was originally designed as part of Zambia’s rural electrification programme to provide electricity to the city of Kasama and other small villages in the region,” says Victor Mundende, Zesco’s Executive Director.

The Chishimba hydroelectric power plant has two units, A and B. The project involves the installation of a new unit C. This new building will house three horizontal 5 MW Francis turbine generator sets. A new waterway and penstock will be constructed for Units 2 and 3 of Unit C, while the penstocks of Unit B will be diverted to supply Unit 1 of Unit C.

During the work of Unit C, all facilities will be kept shut down for at least 24 months. By 2021, the Chishimba hydroelectric power plant will have a 15 MW capacity.

“To support the growth of housing and trade in and around Kasama, Zesco extended its 330 Kv transport network from the Pensulo substation in Serenje District to Kasama in 2016. This extension has led to a significant improvement in the quality and stability of the electricity supply in this part of the country,” explains Victor Mundende.