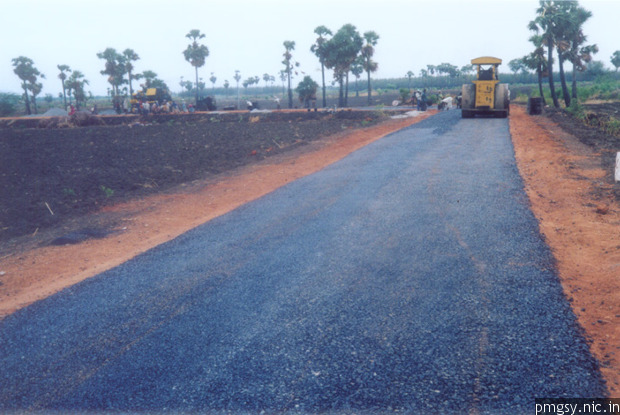 Secretary of the Rural Development ministry, Amarjeet Sinha explains, “It is a challenge, but we should be close to 100% in 2019. There may be slippages in Assam, Jammu & Kashmir, Uttarakhand, Malkangiri district of Odisha, Naxal-affected pockets of Chhattisgarh and North Bengal.”

Several infrastructure companies are involved in the development of road infrastructure. It’s not just for PMGSY, but other road development programs, such as Bharatmala Pariyojana (BP) and National Highways Development Program (NHDP).

Eventually, it will result in the overall completion of a strong roadways network in India.

KNR Construction is a fine example of the above. The Delhi-based Infrastructure Company won a Rs 1,021 crore road project from National Highways Authority of India (NHAI).

In the regulatory filing to Bombay Stock Exchange (BSE), the company revealed, “KNR Constructions Ltd has bagged its first Hybrid Annuity Model (HAM) with bid project cost of Rs 1,020 crore from NHAI for the work of four-laning of Trichy to Kallagam section of NH-227.”

Similarly, Adani Enterprises, led by Chairman Gautam Adani and Managing Director Rajesh Adani, marked its foray in road construction by bagging a Rs 1,140 crore bid. This project is located in Chhattisgarh and follows the Hybrid Annuity Model as well.

The development shall be a four-lane road with paved shoulders that stretch over 53.3 km on Bilaspur-Pathrapali section of NH-111.

A statement from Adani Enterprises explains, “We remain committed to maintaining our leadership position in the areas of resources, energy, infrastructure, agro 8- logistics businesses.”

The statement adds, “AEL has been evaluating opportunities in public transport infrastructure, which holds a promising of growth in the coming decade.

As the government contemplates the doubling of the length of country’s highways to 2 lakh kilometers, Adani Group considers this as growth opportunity for the company.”

Earlier, between the years 2011 and 2014, the speed of road construction was too slow; it moved at an average of 73 kms per day. The reason of this slowdown has been attributed to the lack of resources.

Now, the Rural Development ministry anticipates timely completion of the roads under PMGSY due to the availability of resources and the urgency of a fast-approaching deadline.