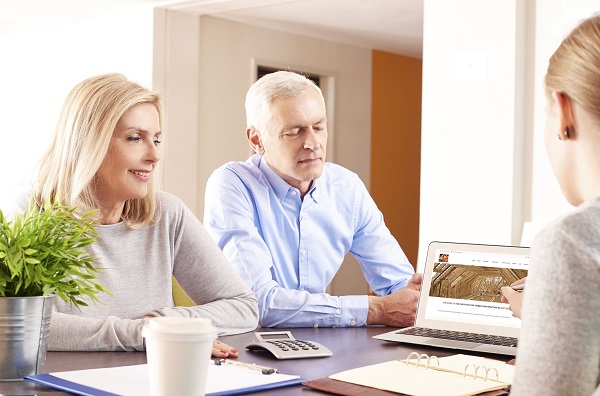 A recent segment on South Africa’s institutional Sunday evening investigative television show, Carte Blanche, shed light on the financial and emotional devastation left in the wake of shoddy – and, by all accounts, illegal – timber frame building practices by a local contractor.

Thanks to its range of advantages and strong appeal to the homeowner and property developer looking for a greener, legitimately sustainable option for building, timber frame construction is experiencing a notable upswing on the global stage, with similar movement at home in South Africa.

Bigger-picture thinkers are preoccupied with climate change and sustainability when it comes to the traditionally carbon intensive activity of construction and are often pleased to come into contact with timber frame building, which, when executed correctly, effortlessly addresses and allays these merited concerns about environmental impact and makes for aesthetically pleasing constructions.

“The benefits of timber construction are numerous and bring great value to any construction project,” says Werner Slabbert Jnr, Director on the board of the ITC-SA.

He adds, “Which is why it is very disconcerting to hear about instances of shoddy workmanship in the industry, as was presented in a recent Carte Blanche episode exposing the severe malpractice of a local contractor in delivering modular timber structures to clients who expected to receive beautiful timber homes carrying all the benefits of building with timber.

Instead, in the various cases presented, the structures were either not safe for occupation, badly incomplete, not delivered at all or had to be condemned and sometimes even demolished.”

“While every type of construction trade has its unscrupulous builders and ‘fly-by-nights’, the timber construction sector must work double-time to guard its reputation due to misconceptions around the material and a lack of awareness with some aspects of the trade and general public around its suitability for a host of construction applications.

“Stories such as the one aired on Carte Blanche and the level of workmanship exposed, for which the contractor failed to take any responsibility, are a blight on the reputation of the timber – and general – construction sector in South Africa and impacts negatively on the many contractors who do their work ethically and above board; it goes a long way to fuel mistrust in our industry and in the tools we use to do our work,” he says.

While the outcomes for the plaintiffs, resulting from the contractor’s inferior workmanship and business ethics to match, were distressing, they represent a sobering learning opportunity for both the trade and consumer.

“In one example, the house plans had been approved and the engineer had signed off on these, but the structure was not built accordingly or in line with National Building Regulations,” says Slabbert.

“Built to standard (SANS 10082), a timber frame structure is as safe, strong and durable as any other structure, but this has to reflect in the actual construction as well as in the plans; intent to build correctly has no bearing on the final product. In this case, the engineer admitted that he had signed off without reviewing the corrected work and subsequently withdrew his certificate.

Once an engineer issues a certificate, it cannot be withdrawn. It is the responsibility of the engineer to inspect and assure structural stability of a structure before it is signed off,” he adds.

This should typically take place around three weeks into the project; if this had been the case, the outcome for the consumer would have been far better,” Slabbert notes, adding, “In terms of the Engineering code of conduct, an engineer may only undertake work which their education, training and experience have rendered them competent to perform and which is within the category of their registration.

The engineer is to ensure that any work approved or certified by them has been reviewed or inspected to the extent necessary to confirm the correctness of the approval or certification.”

He remarks, “ITC-SA-registered Engineer members carry such education, training and experience in timber frame construction and sign a code of conduct that commits them to high standards in their products and service delivery.

This gives a prospective client the peace of mind that all inspections and certificates are valid, accurate and performed timeously by the correct competent role players.”

Amanda Obbes, General Manager of the ITC-SA, comments, “There are many misconceptions among some role players about the relevant responsibilities and accountability of each function in the building process.

The same is true within the ranks of some professional practitioners and contractors in the built environment about their involvement up to project completion in ensuring the conditions of the regulations are met.”

“The municipal building control office relies on the knowledge and integrity of the professional team which designs, oversees and, in the final instance, inspects the structures to ensure conformance to the regulations by issuing a certificate of compliance.

It is only once all necessary certificates have been received that an occupational certificate may be issued,” she says.

A red flag for quality

In tough economic times, it is tempting to make decisions based on pricing. Slabbert cautions, “Don’t go for the cheapest quotes when enlisting the services of a timber frame builder. Timber construction should be seen as an investment and not a cheap alternative.

You can bargain on a timber frame home pricing in at about the same as a brick and mortar home built to the same standard; anything significantly lower should be treated with caution.”

A safeguard in timber construction

Obbes confirms that the projects that went wrong would have seen very different outcomes if an ITC-SA-accredited Timber Frame Builder member, trained and monitored by the Institute in this specialized field of timber construction, had been enlisted.

Engaging the services of an unscrupulous timber frame builder opens up many avenues for the consumer to quite literally pay the price for shoddy workmanship.

In the event that construction is non-compliant, the project and builder are not registered with the NHBRC and the timber frame builder holds no accreditation with a professional body, like the ITC-SA, the consumer will have no recourse and may have to resort to sourcing and paying for private legal counsel should they wish to pursue the case.

“As a professional body recognised by the South African Qualifications Authority (SAQA), the ITC-SA must fulfil a number of duties in the line of creating and maintaining standards in the industry through regulating its membership, driving skills development and training, and ensuring its members comply with statutory requirements for professional membership, which can be withdrawn should the member in question be found to be in contravention of the Institute’s Code of Conduct,” Obbes says.

“The ITC-SA has the intent to protect the public interest in relation to the services provided by its members and the associated risks. As such, the role of the ITC-SA is to ensure consumer protection in the use of timber engineered products in contracts entered into with the ITC-SA membership and to regulate the professional conduct of its members,” she adds.

“As devastating as the consequences were for some of the homeowners in this instance, consumer education and research could have been a game-changer. If a client is empowered through education and research prior to embarking on a substantial investment such as this, they would have had the knowledge and confidence to enforce key aspects of the process at the necessary stages and could be instrumental in limiting damages and preserving their finances,” comments Slabbert.

“Consumers need only contact the ITC-SA to find out what the correct processes are surrounding timber frame construction and they will spot any red flags very early on in the project through the A19 inspection process and engineering service.

Consumers are urged to empower themselves by doing their homework before they take on any construction project, enlist the services of an ITC-SA-accredited timber frame member which will come with peace of mind and professional indemnity, and always see very low pricing as a red flag.

Trust your gut when something doesn’t feel right and talk to the experts at the ITC-SA who are there to assist consumers in making the right choice when it comes to timber construction,” says Slabbert, concluding, “Timber frame building remains highly competitive in the construction arena and, executed correctly and in line with National Building Regulations, ticks all the boxes for the homeowner and property developer looking for a solid, reliable, sustainable and beautiful building option that lasts.”

About the Institute for Timber Construction (ITC-SA)

The ITC-SA was established more than 40 years ago to regulate the engineered timber roof structure industry and to provide design, manufacturing, erection, inspection and certification for compliance with inter alia SANS 10400 and SANS 10082, where engineering rational designs are applicable.

The ITC-SA is a South African Qualifications Authority (SAQA) accredited professional body with a professional membership and therefore has to comply with the requirements as set out in the National Qualifications Framework Act (NQF Act 67 of 2008 – as amended). The ITC-SA is also a Recognised Voluntary Association in terms of the Engineering Profession Act, 2000 (Act 46 of 2000).

In 2014, the Institute for Timber Frame Builders (ITFB) was incorporated into the ITC-SA to ensure a better and more uniform representation of the timber engineered practitioners in the built environment.