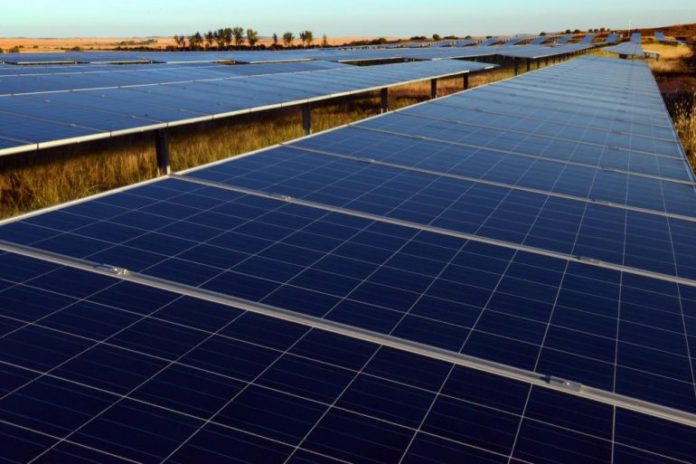 “South Africa continues to be an important market for Scatec Solar and we are very pleased to see that the renewables programme now is finally moving forward. We believe solar energy will continue to play an important role in the energy mix and provide strong support for economic growth in the country in the years to come”, says Raymond Carlsen, CEO of Scatec Solar.

In April 2015, Scatec Solar was awarded preferred bidder status for the three projects in Upington in the fourth bidding round under the REIPPP (Renewable Energy Independent Power Producer Procurement) Programme in South Africa.

Scatec Solar will build, own and operate the solar power plants with a 42% shareholding. KLP Norfund Investments will hold 18%, the surrounding Community of Upington 5% and a South African Black investor will hold the remaining 35% of the equity.

The three projects involve a total investment of ZAR 4.76 billion. A consortium of commercial banks and DFIs with Standard Bank in the lead are providing non-recourse project finance of ZAR 3.68 billion, accounting for 77% of the total project cost.

Construction start is expected in the third quarter of 2018 with grid connection towards the end of 2019. The plants are, on an annual basis, expected to produce 650 GWh of electricity and avoid about 550,000 tons of CO2 emissions.

Revenues in the first year of operations are expected to reach ZAR 720 million. All contract terms are based on the original award in April 2015.

Scatec Solar will be the Engineering, Procurement and Construction (EPC) provider for the projects and provide Operation & Maintenance as well as Asset Management services to the power plants.

When the new power plants are in operation Scatec Solar will hold a diversified asset portfolio with a capacity of 1.4 GW. This portfolio is expected to generate 2,900 GWh of electricity per year with annual revenues of about NOK 2.7 billion – all supported by long term Power Purchase Agreements of 20-25 years. Scatec Solar’s economic interest in the asset portfolio is 50%.

“With financial close reached for 1.1 GW of solar projects we have entered into construction contracts with a value of about NOK 8.5 billion that will be realized over the next 1-2 years. We are well prepared for this construction activity and we are now taking a big step forward as a leading emerging market focused solar power producer.

On the back of our success, we continue to grow our project pipeline and we are pursuing a large number of attractive opportunities both in existing and new markets”, says CEO Raymond Carlsen.