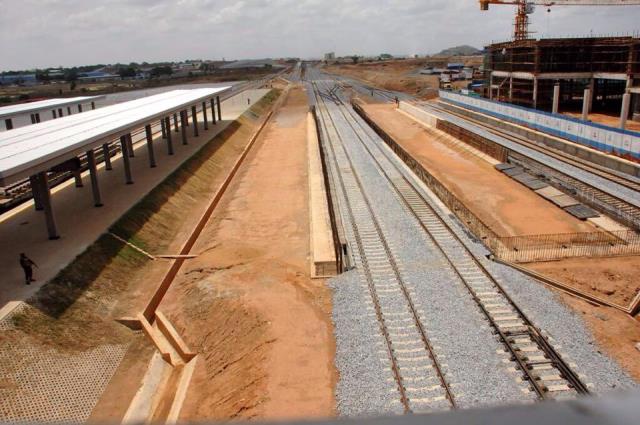 Nigeria’s Lagos-Ibadan SGR would be completed in December 2018 and set for commissioning in January 2019, Minister of Transportation, Rotimi Amaechi, has said.

Mr. Amaechi said this during the end of the year news briefing and inspection of Lagos-Ibadan standard gauge rail line in Papalanto, Ogun State.

The minister said he was impressed with the level of ongoing construction work of the Lagos-Ibadan SGR, stating that the contractors were facing some challenges slowing the pace of work.

Mr. Amaechi, further said that the Jibowu and Costain bridges in Lagos would be demolished during the process, adding that the ministry had gotten the right of way.

“There is no way you can do construction without challenges in different forms and kinds and you have to address them.

“The challenges are not even here in Ogun, they are worse in Lagos. We are dealing with water, drainage, gas, power and the military.

“The only thing we are dealing with here is just gas and a few power transmission lines and we can manage it.

“I was on a tour with the Governor of Lagos, Akinwunmi Ambode, and we have agreed that the two bridges will come down, our target is 2018 December.”

The minister said that two locomotives and 10 coaches had arrived the country which the President will commission this December.