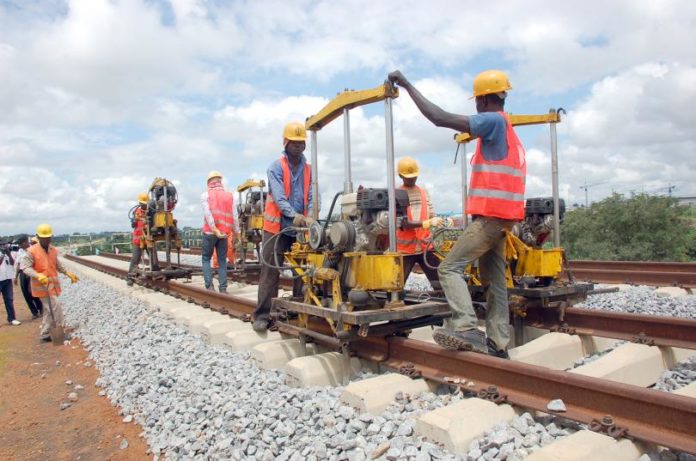 Mr Suleiman said that installations of signalling and communication equipment at the 10 completed railway stations and the Idu Rolling Depot have been completed.

Mr Suleiman was speaking in Abuja at a media interaction session being part of the activities to mark two years in office of the present administration. He confirmed that test running of the project will commence from November.

Early this year, Nigeria announced that the contractor handling the Abuja Rail Mass Transit is expected to complete work on the project by October.

The minister said that by December, the administration intended to temporarily open the rail services for the Lots 1A and 3 to the general public for usage.

“The full operation of the Abuja Rail Mass Transit will commence by the first quarter of 2018 as earlier announced,’’ Federal Capital Territory ministry announced at the in April.

Meanwhile, the process to award the Addendum contract for phase 2 of Abuja Rail Mass Transit Project, Lot 1B (26.775km) and the remaining part of Lot 1A (5.76km) is ongoing.

“This also include Exclusive Bus Lane (Transit Way) along the Lot 1B and supply of Rolling Stocks, including operation and management services at the $1, 792, 994, 595.12 with a completion period of 54 months,” Suleiman said.

Suleiman said the project was awarded on May 25, 2007 to China Civil Engineering Construction Corporation for the final construction of Lots 1 and 3.

He said the cost of the project was $841.64 million with the completion period of 48 months. Completion of the Nigeria’s Abuja Light Rail is expected to play a significant role in boosting transport in the country as well as ease traffic congestion in city.