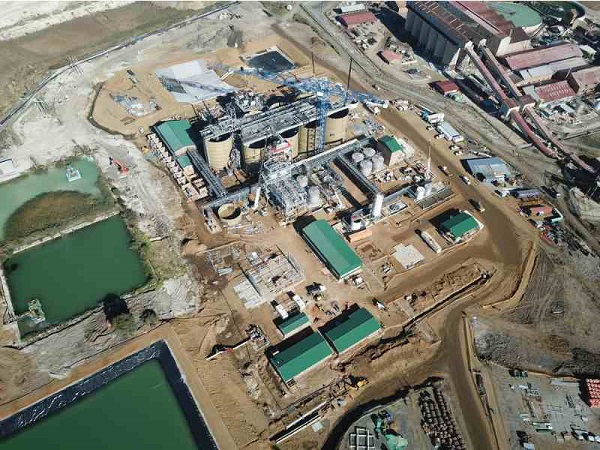 The juwi Group, headquartered in Germany, and its international subsidiaries has completed over 1700 solar plants globally with a cumulative power of more than 3,000 megawatts.

The Evander Mines solar photovoltaic plant will utilise bi-facial module technology to maximise its yield and it will be constructed on previously disturbed land owned by Evander Mines.

The Evander Mines solar photovoltaic plant will provide an estimated 30% of Elikhulu’s power requirement during daylight hours and is expected to materially reduce electricity costs at this operation.

Furthermore, the Evander solar photovoltaic plant is expected to enhance the reliability of the power supply during daylight hours and result in an expected CO2 saving of more than 26,000 tons in its first year of its operation.

The total cost of the Evander solar photovoltaic plant is ZAR140 million, with a calculated payback on this investment of less than 5 years.

This solar photovoltaic plant further reduces Elikhulu’s environmental impact and is just one of a number of initiatives in the Group’s commitment to producing high-margin ounces in a safe and efficient manner, while investing in local communities and minimising the environmental impact of operations.

“The Evander Mines solar photovoltaic plant is integral to the Group’s purpose of “Mining for a Future” and pursuing ESG initiatives that go beyond compliance.  This plant will be one of the first of its kind in the South African mining space.  We look forward to commissioning the operation during 2021, on budget and on schedule.” – Cobus Loots.