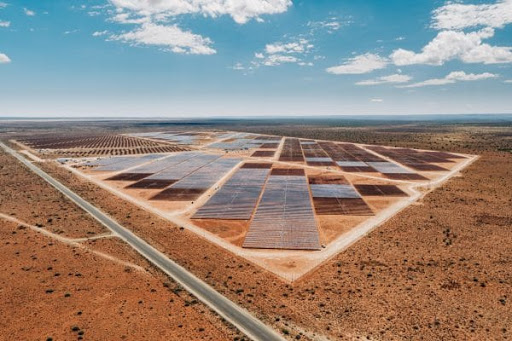 We have successfully energized the Greefspan II PV plant in South Africa, built for the African Infrastructure Investment Managers (AIIM), in a joint venture with the Spanish partners TSK and the South African company, Umbono Energy Partners.

We have reached the preliminary and final step for the commissioning of the solar PV plant and is now ready to start the Grid Connection tests shortly after successful registration.

Our Country Manager in RSA, Dylan Tudor-Jones, commented: “The energization and registration of the Greefspan II PV project is a milestone achievement after months of hard work by our entire team”.

Jones conveyed his pride for having built “a solar PV installation which will contribute to the industrialization of the Northern Cape of South Africa, create employment and advance renewables in a country that urgently needs new generation capacity urgently in order to avert further load shedding.”

Located in the Northern Cape Province of South Africa, the Greefspan II PV plant has 63.2 MWdc of installed capacity that will produce approximately 150,000 MWh of clean energy per year.

Such figures guarantee the clean energy supply for up to 20,000 South African households, while avoiding the annual emission of 130,000 tons of CO2 into the atmosphere. Following our contracting policy, the construction of the plant has created nearly 730 local jobs.

This is the fourth contract that we, in partnership with Umbono Energy Partners, have been awarded in South Africa, after Lesedi and Letsatsi EPC arrangements and the O&M contract with Jasper Power Company for the Jasper Power Project. In total, we have already been awarded more than 287 MW on RSA’s land.