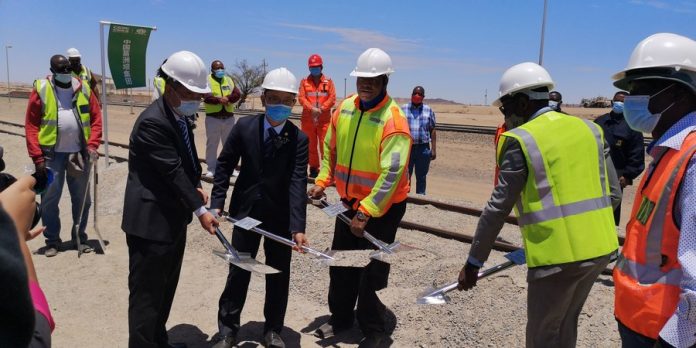 Construction work to rehabilitate the railwayline between Walvis Bay and Arandis in Namibia has started in earnest as part of a wider plan to transform the country into a transport and logistics hub in southern Africa.

“The railway line will cover a total length of 107.5 km,” said Minister of Works and Transport, John Mutorwa, who delivered the keynote address.The project is funded by the Namibian government with 56 percent of its own funds and 44 percent of the loan from the African Development Bank.

The project, estimated to cost about USD72 .72 million is expected to last 2 years.