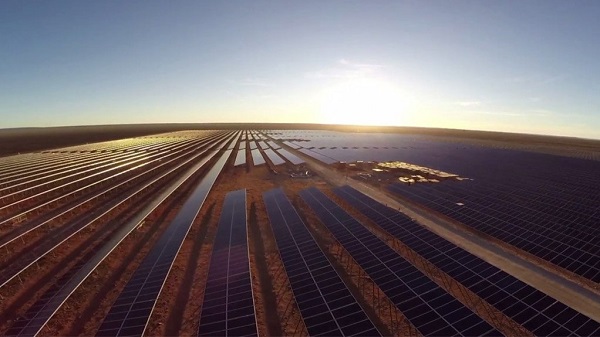 Despite the corona-related lockdown, the South African subsidiary of the German project developer for renewable energies, juwi, has been able to complete three utility-scale solar parks in the past few months.

The last of the three projects, the Waterloo solar park was successfully connected to the grid in November.

The 86 megawatt (MW) solar PV plant is located around ten kilometers outside the city of Vryburg (North-West Province) and supplies clean electricity for 84,000 households.

Waterloo solar park is part of a 250 MW solar PV portfolio that juwi built for the South African insurance group Old Mutual (Old Mutual Alternative Investments). With the commissioning, not only the construction of the portfolio is completed, juwi also exceeds the mark of 3,000 megawatts of installed PV power.

“3,000 megawatts of installed PV capacity are an outstanding milestone in the juwi company history,” said Stephan Hansen, COO and member of the juwi executive board, commenting on the success. “I’m even more pleased that our colleagues from South Africa have made this significant contribution to our track record with the construction of three utility-scale solar parks. After all, they had to wait more than two years until politicians settled their internal differences in terms of renewable energies.”

Since then, the South African renewable energy market has picked up speed again. An important component in this: the 250-megawatt portfolio that juwi implemented for Old Mutual.

The portfolio consists of the solar parks Waterloo (86MW) near Vryburg, Bokamoso (78MW), near the city of Leeudoringstad, also in the northwest province, and Droogfontain 2 (86MW), located near the diamond city of Kimberly in the Northern Cape province. Construction began in spring 2019.

The last project that was successfully handed over to the operator was the Waterloo solar park in November, despite the corona-related restrictions.

Juwi will also participate with new projects in the upcoming tender rounds for renewable energies.