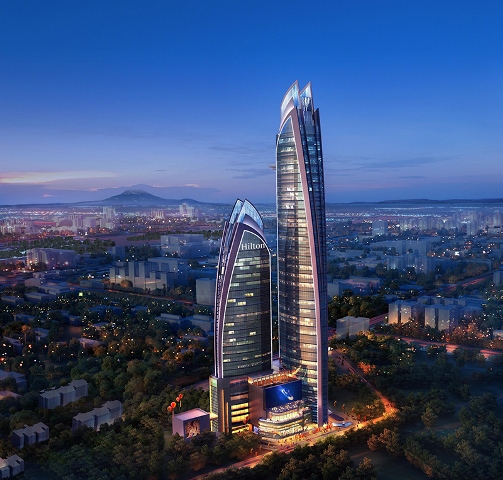 The dream to construct Africa’s tallest building The Pinnacle is still on despite the project stalling for more than 2 years, its developers have said.

In a statement to newsrooms Friday, the developers said that Landowners were planning to contact the National Construction Authority (NCA) to provide details of mitigation works to secure the construction site through reinforcing the perimeter wall and strengthening the surface through a process known as shoring.

The Pinnacle Towers was being developed as a joint venture between landowner Jabavu Village Ltd and White Lotus, an Indian-based firm.

But court battles ensued challenging construction of the project.

Owners of a disputed piece of land adjacent to The Pinnacle site had gone to court as far back as 2016 and accused The Pinnacle management of trespassing through debris and construction equipment.

The case was filed by Ugandan tycoon James Mugoya through his Kingorani Investments and a trust formed by former United Arab Emirates leader Sheikh Zayeed Nayan. The case was settled and it appeared that the developers had abandoned the project when NCA issued an ultimatum to the developer to restore the site which was posing danger to the neighbouring buildings.

“The authority hereby orders the developer, Jabavu Village Limited, of the construction site on Plot LR No 31/219 in Upper Hill, Nairobi County, to immediately undertake remedial actions to restore the site and that of the neighbouring properties within 14 days of the date of this notice,” said NCA through Executive Director Maurice Akech.

Now, the developers had moved to secure the site through strengthening its perimeter so as to prevent unauthorised personnel to the grounds.

They say that they were unable to get international financing due to challenges beyond their control.

“The demolitions of properties in parts of Nairobi from 2018 greatly impacted on international financing, leading to lowering of confidence in the Kenyan building and construction sector,” the developers added.

Plans are now underway to secure financing and redesign the project, according to the developers.