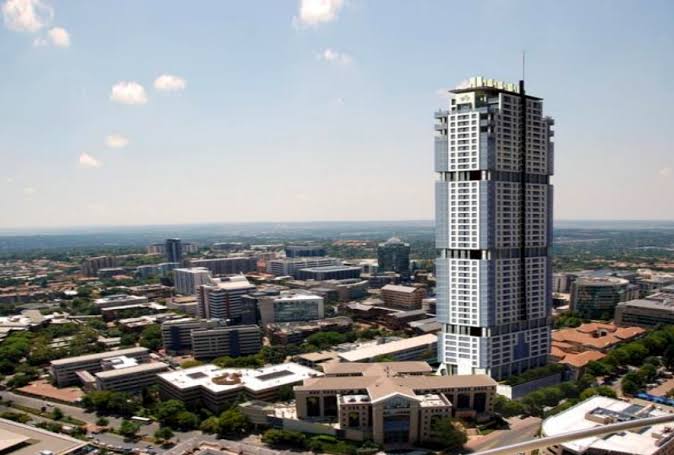 Africa’s tallest building The The Leonardo has opened its doors and is now ready for occupation, its developer has said.

Legacy Group announced Tuesday that the 240-suite hotel and residences were ready for occupation in the 234-metre tall building.

CEO & Chairman Bart Dorrestein said all the offices in The Leonardo are purchased and 90% of the apartments are sold.

“Our owners are scheduled to take occupation on a phased basis commencing March 2020,” he said.

Mr Dorrestein says that The Leonardo offer luxury residential units in the form of apartments and penthouse suites, as well as over 15,000 square metres of premium office space. It also houses a business and conference centre and other amenities, like a gym and spa, restaurants and a lifestyle and recreation zone.

Construction on the Leonardo began three years ago and some 2 000 workers are currently on site.It is scheduled to be completed by the second quarter of 2019.

The project suffered delays, however, which have become a source of conflict between Aveng and The Legacy Group. In January this year, the developer removed Aveng from The Leonardo contract, but the construction firm maintains that the building was “practically complete at the point of termination” and has taken the matter to the adjudicator.

The race for the sky continues in Africa with many countries planning mega skyscrapers.Kenya for example set to construct what it says would be the largest structure in Africa.

The Pinnacle Towers will be 900 ft tall and have 70 floors including a 45-floor Hilton Hotel, 20 floors of offices, 200 residential houses, 3-floor basement parking, gaming zone, 3-floor luxury mall, helipad and Africa’s highest viewing deck. But the project has been suspended due to a court case.

However its Dubai based developers say that upon completion, the project is expected to be one of the tallest in the world.

Egypt is also planning the construction of two buildings which it says would be among the tallest in Africa; the Nile Tower and the Iconic Tower.