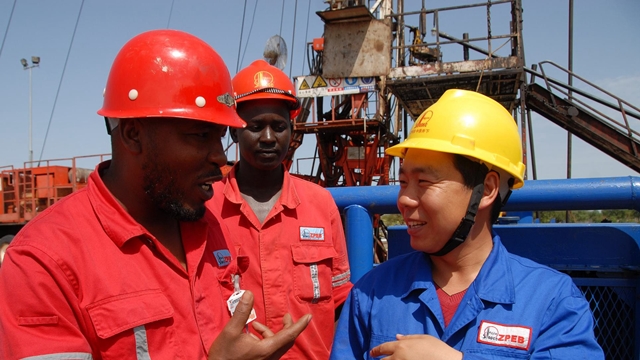 The number of Chinese construction workers in Africa has decreased across the continent in recent years, a new report has shown.

The report presented by The Oxford China International Consultancy (OCIC), together with Development Reimagined also shows that the number of Chinese workers travelling to Africa continues to diminish since its peak in 2015.

The research explores a number of reasons leading to this new trend like dwindling Chinese loans, type of projects being financed by China and African policies.

“From the data, we have good reason to believe the volume of China’s loans are a key reason for this,” reads the report that was analysed by Charlotte Baker from Oxford China International Consultancy.

“Our analysis shows that numbers of Chinese construction workers in Africa peaked in 2015 – the same year that contract revenues and loans from China peaked. The latter are now down to pre-2012 levels. Overall, China-Africa FDI, contract revenues, loans and Chinese labour have moved proportionally over time.”

Reaserchers also observed a strong association between the countries with high levels of FDI, contract revenues, loans and Chinese construction workers workers– i.e. countries where there are projects (loans or revenues), DO have more Chinese workers.

Type of projects financed by China

Since, 2011 the dominant industry receiving Chinese loans is ‘transport’ and this has continued to rise. In addition, ‘communication projects’ have been on the rise since 2010, with ‘mining projects’ experiencing less growth over time.

As far as Africa policies are concerned, the data shows that countries with strict and targeted policies bring in less workers per dollar of loans they take or FDI they attract than countries with “moderate” policies, and in some cases than countries with “relaxed” policies. This implies that stricter labour policies may indeed work to increase localization of Chinese projects and investment, observes the  survey.

More importantly the report also finds that the impact of Chinese FDI and Chinese workers on African economies and labour markets is not uniform.  In particular, those countries ‘most affected’ by Chinese investment and workers relative to their economies are not necessarily those with the highest total levels in absolute terms.

For instance, over the last 15 years, South Africa, Zambia and Nigeria have received the most Chinese FDI in value terms on the continent, but as a contribution to their economies, only Zambia features in the top three.  Chinese FDI into the Seychelles, Zambia and the Republic of Congo has accounted for the equivalent of over 10% of their economic size.