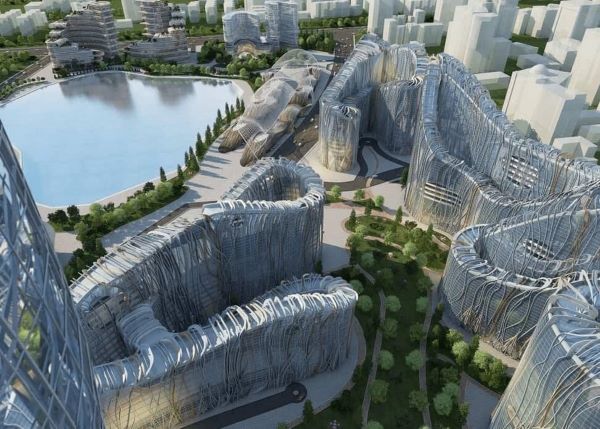 Construction has been launched on a futuristic city in western Senegal which its owner Pop icon Akon says will be real-life Wakada, a fictional country appearing in American comic books published by Marvel Comics.

Dubbed Akon City, the project is being implemented by the American companies KE International and Bakri & Associates Development Consultants.The city will be a green city complete with its own cryptocurrency Akoin.

The city will be located in Mbodienne, 62 miles outside of Dakar, the capital of Senegal. Akon visited the construction site on Monday with government officials, who praised the singer for investing in Africa during the coronavirus pandemic.

The Akon City will be built in two phases with the first phase featuring a hotel with rooms decorated to honor the 54 nations of Africa, a tech hub, recording studios and a dedicated area for Senegal’s film industry called Senewood. The city will also have its own hospital, police station, a school, a landfill for the city’s waste and a photovoltaic solar power plant to supply the whole area.

According to KE International, the first phase of the project will be completed in 2023.

“Our idea is to build a futuristic city that incorporates all the latest technologies, cryptocurrencies, and also the future of how African society should become in the future.” says Akon.

Akon’s hopes the real-life Wakada will bring new opportunities for the people of Senegal while also making a destination where African Americans can travel and be free from the discrimination they face in the United States.

“I wanted to build a city or a project like this that would give [African Americans] the motivation to know that there is a home back home… The system back [home in the US] treats them unfairly in so many different ways that you can never imagine and they only go through it because they feel like there is no other way,” he added.
“As you are coming from America or Europe, anywhere in the diaspora and you feel that you want to visit Africa, we want Senegal to be your first stop.”

Akon, who was born in the United States to Senegalese parents, spent much of his childhood in the West African country where only 44% of rural households had electricity even in 2018.

Senegalese authorities have embraced him as a native son, introducing him by his given name Aliuane Thiam and praising him for investing in Africa at a time of such global financial uncertainty.